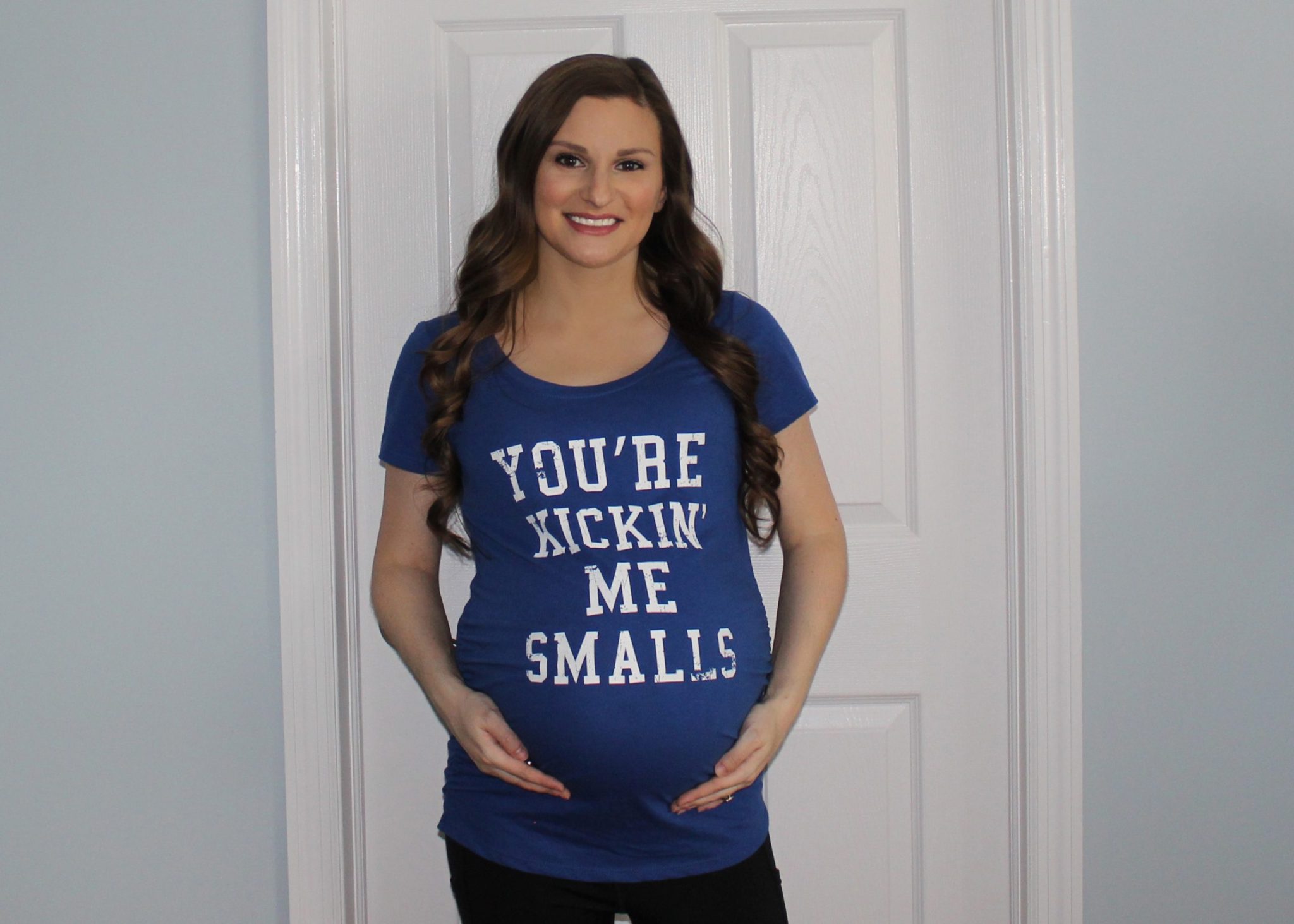 I originally wrote this at 38 weeks along, when the third trimester was almost over and baby Henry was almost here.

We’re at 38 weeks and officially ready to pop. I have a feeling Henry will be coming early or on-time (it’s just a gut feeling, who knows). Here’s an update on what’s been happening so far during this final trimester.

At this point in my pregnancy, I’m just really uncomfortable. It’s a process to move around, get into and out of bed, and do anything remotely active. I’m lucky in that my work allowed me to take off 2 weeks prior to my due date as part of my maternity leave, so I don’t have to worry about commuting to and from work or doing anything too physical.

It feels like his head is pushing down and ready to come out, which is a crazy feeling that’s hard to explain in other words. They say you can feel this for up to a month before you deliver, so I know it’s normal.

At 38 weeks, I currently have gained 18 pounds and am expected to gain another pound or two in the upcoming weeks as we near the end. I did actually end up losing a few pounds throughout the third trimester with my gestational diabetes diagnosis (more on that later), but regained it near the end.

In terms of the baby’s weight gain, on January 17th, they estimated him to be 6 lbs and 4 ounces. 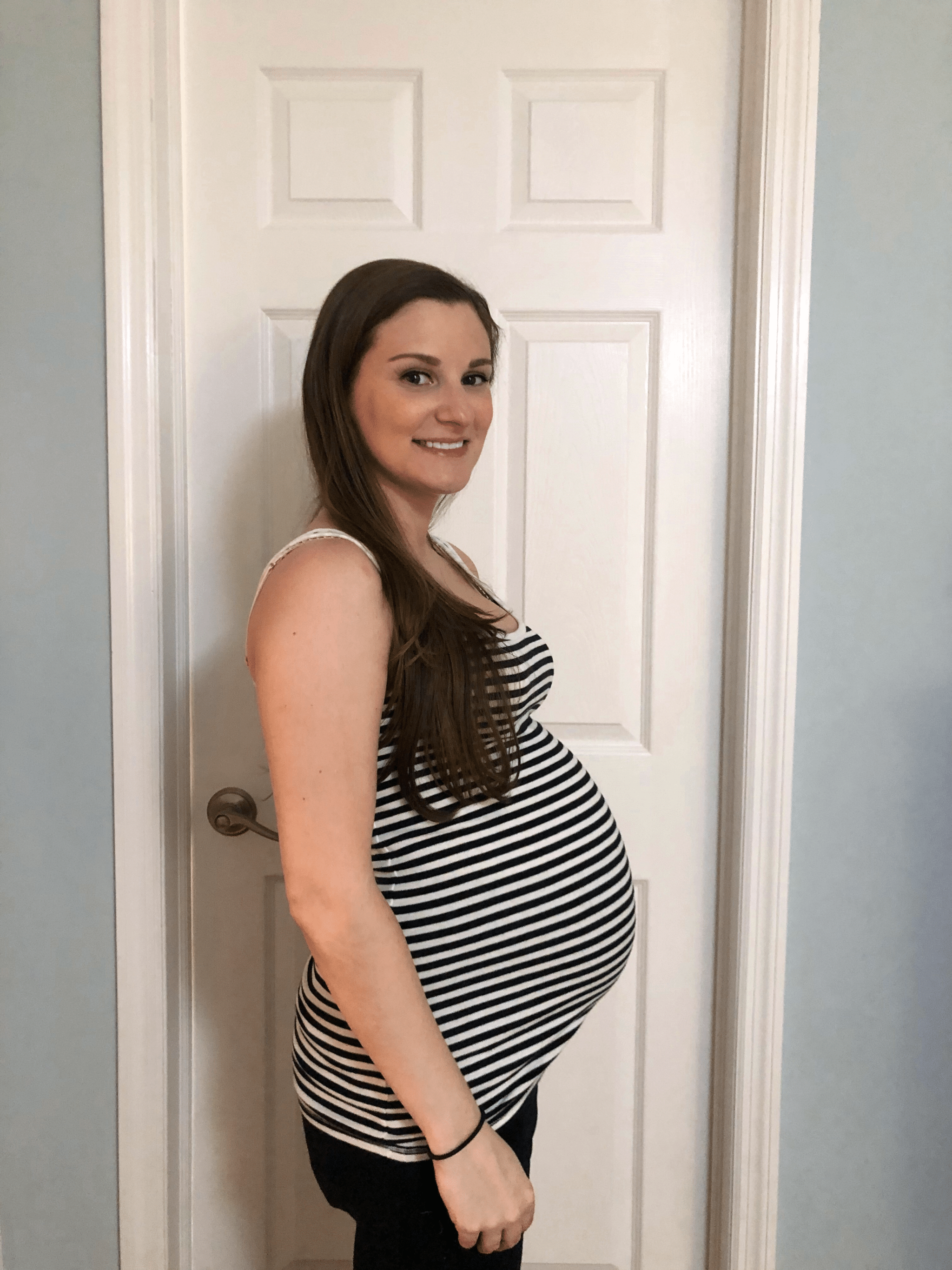 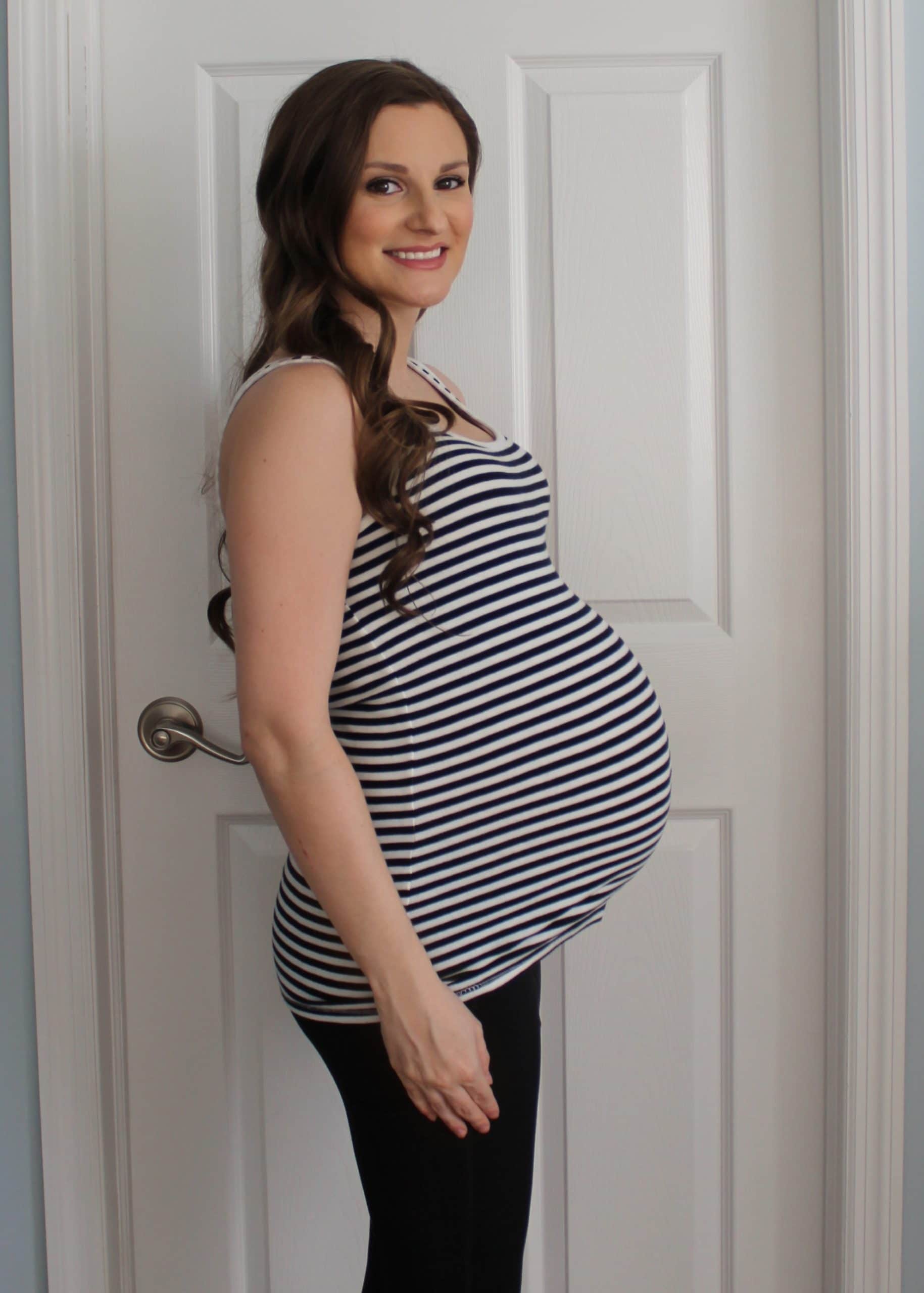 I plan on making an entire post on my gestational diabetes diagnosis and journey, but for now I’ll just explain briefly. Mid-November I had my first glucose test and failed. I wasn’t too worried because I’ve been eating healthy and have no symptoms or signs of the typical person who gets gestational diabetes. Plus, lots of women fail the first test (as it’s very sensitive) and pass the second. I went back a few days later for the second, longer test and ended up failing that one too. I failed only by a few points, so my diagnosis wasn’t severe (also I’m healthy and at a good weight, so I wasn’t a severe case in that regard), but did require me to meet with MFM and a nutritionist, go on a gestational diabetes diet, and test my blood sugars multiple times a day.

It’s not fun, and I definitely had a hard time adjusting to the new diet, but thankfully things are under control and I haven’t needed to go on insulin. 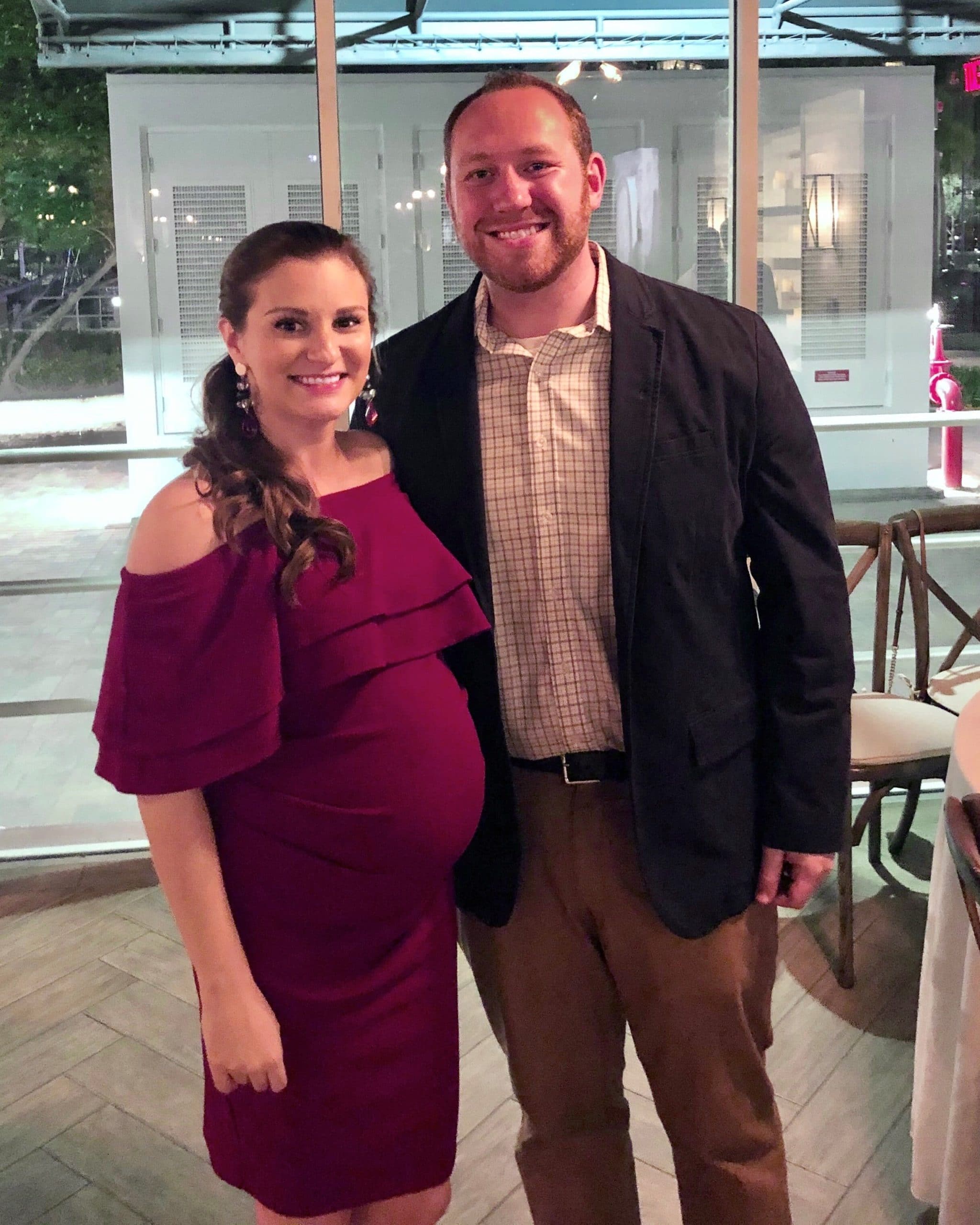 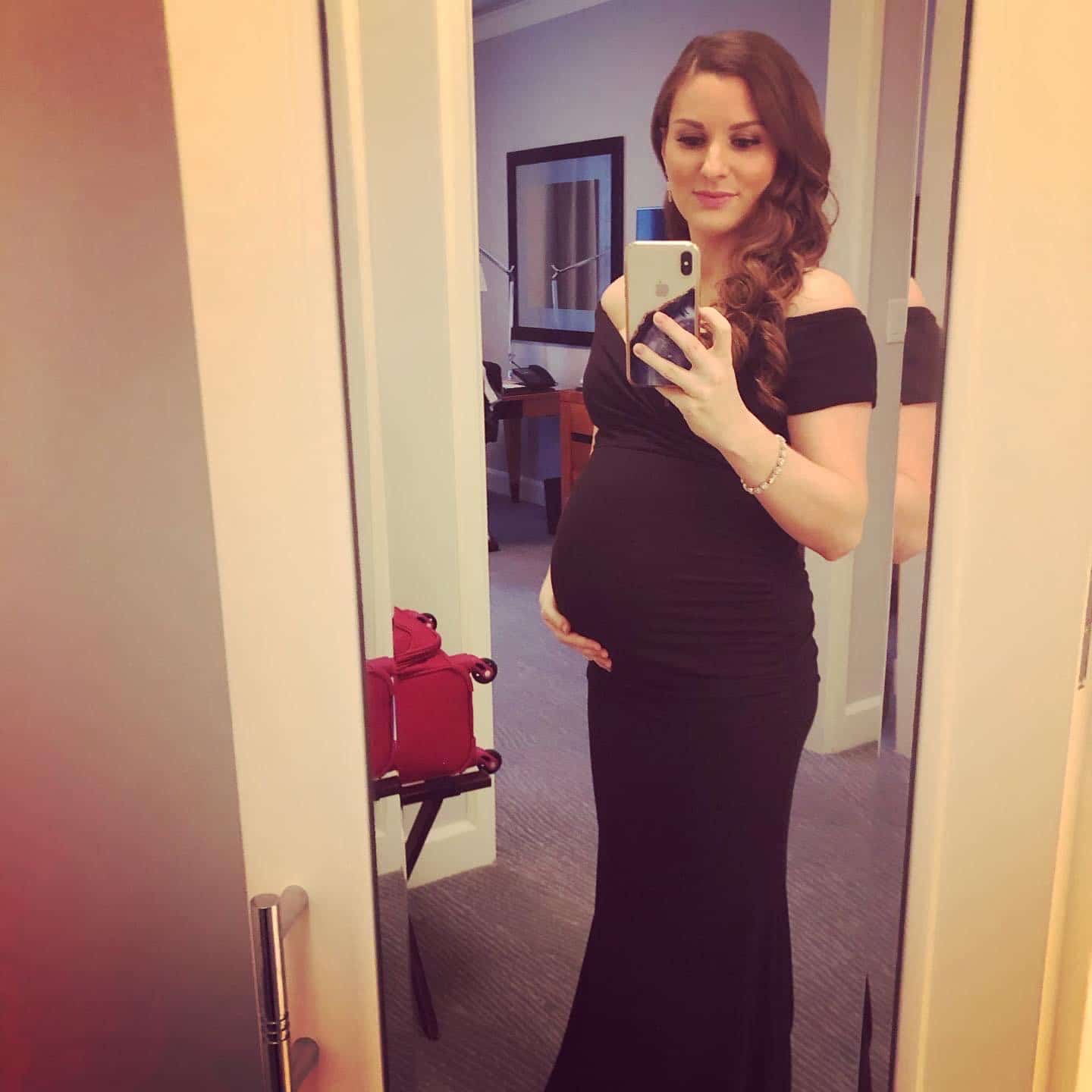 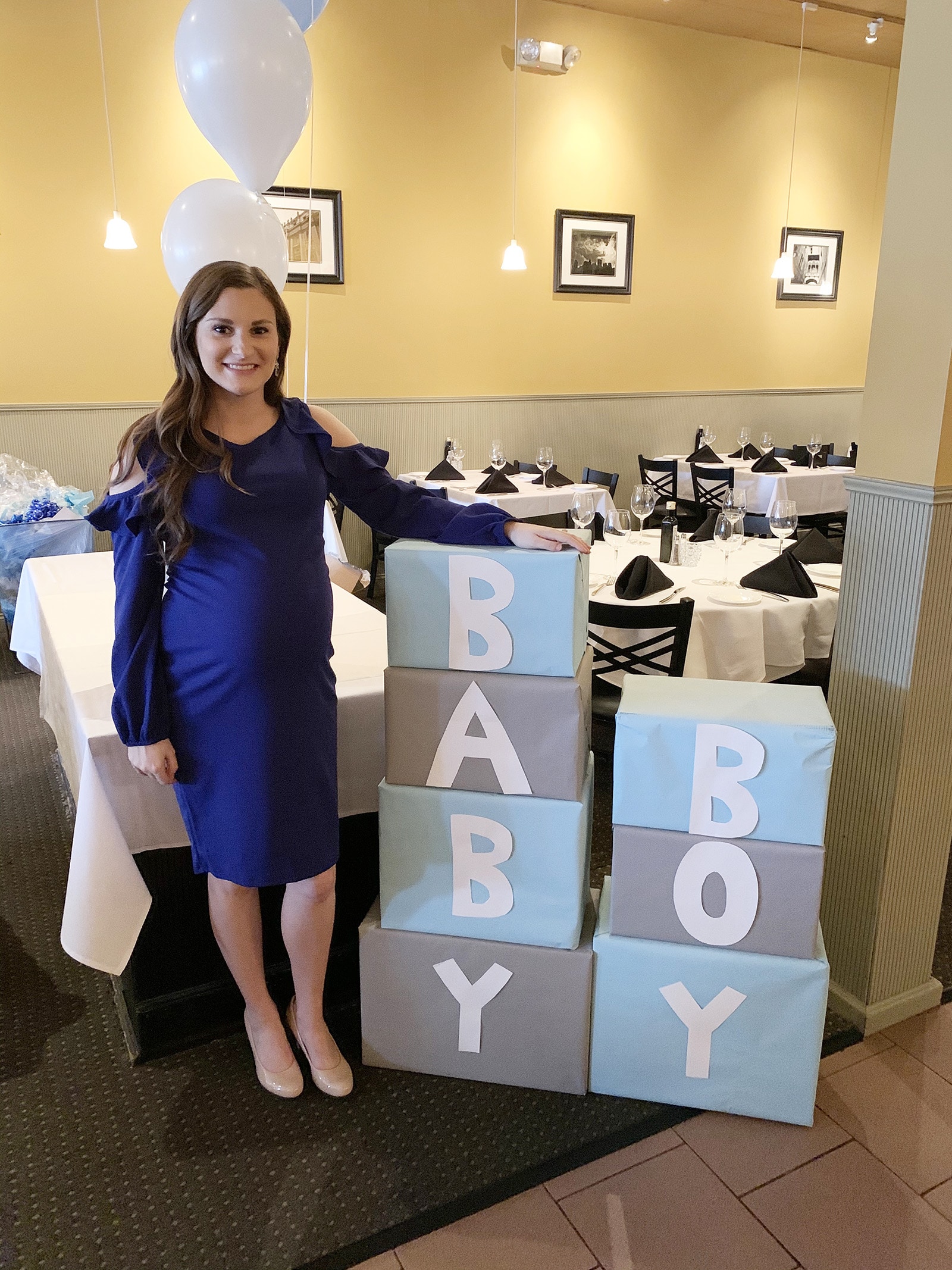 I had my baby shower and my colleagues at work even threw me a nice little shower, too. So I’m just ordering the final items off my registry and getting everything in its place during these last few weeks.

We attended a friend’s wedding in Florida and got to have a mini babymoon, which was really nice. This was before the gestational diabetes diagnosis so it was truly my last hurrah of eating carbs. And then we took my parents to NYC to see the tree and my Mom and I saw The Rockettes. It was a fun time, but let me tell you – I was dead the next day from all the walking!

We’re beginning to pack our bags for the hospital in case he comes early (everyone says to be prepared!) and have visited a few daycares.

Everything is pretty much done so now we’re just anxiously waiting for Henry to come! 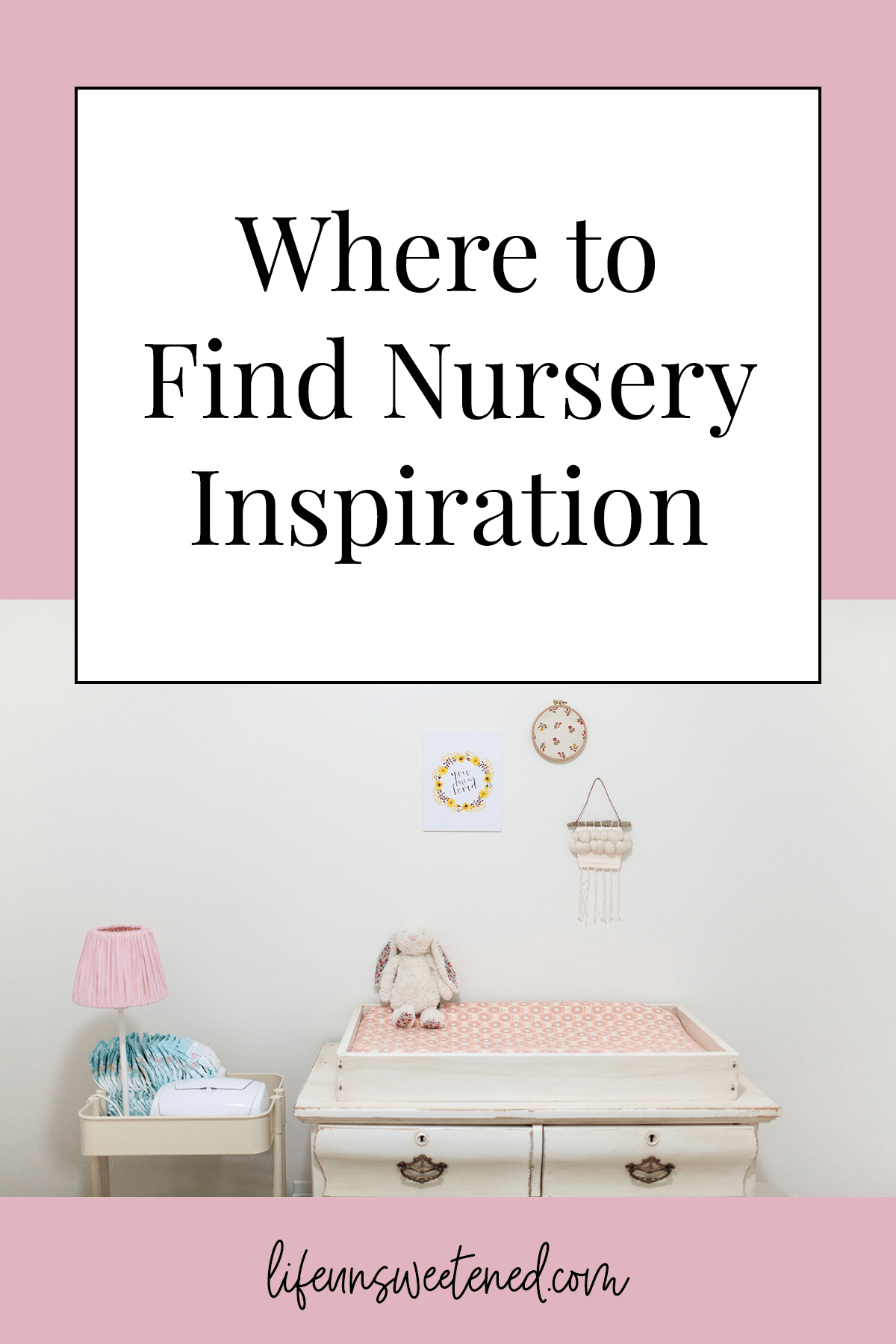 When it comes to where to find nursery inspiration, your mind likely goes to the very obvious — “just Google it”. But in my experience, you see the same results over and over again and get bombarded with sponsored product listings that aren’t all that relevant. So I wanted to touch on some alternative websites… 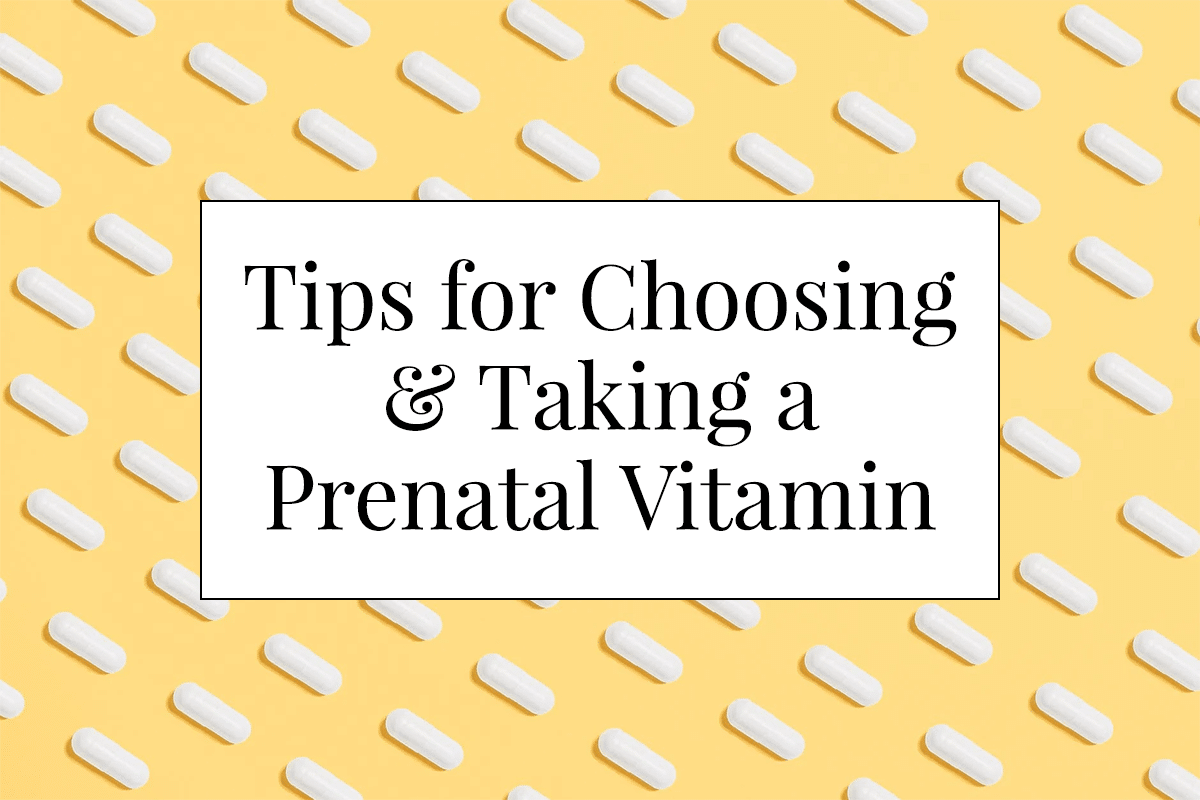 If you’ve ever had a baby — or are thinking of having one in the near future — it’s likely that you’ve Googled “best prenatal vitamin” or “prenatal vitamin that won’t make me barf”. Just me? There are so many options out there, many of which are shilled by influencers a with high price tags… 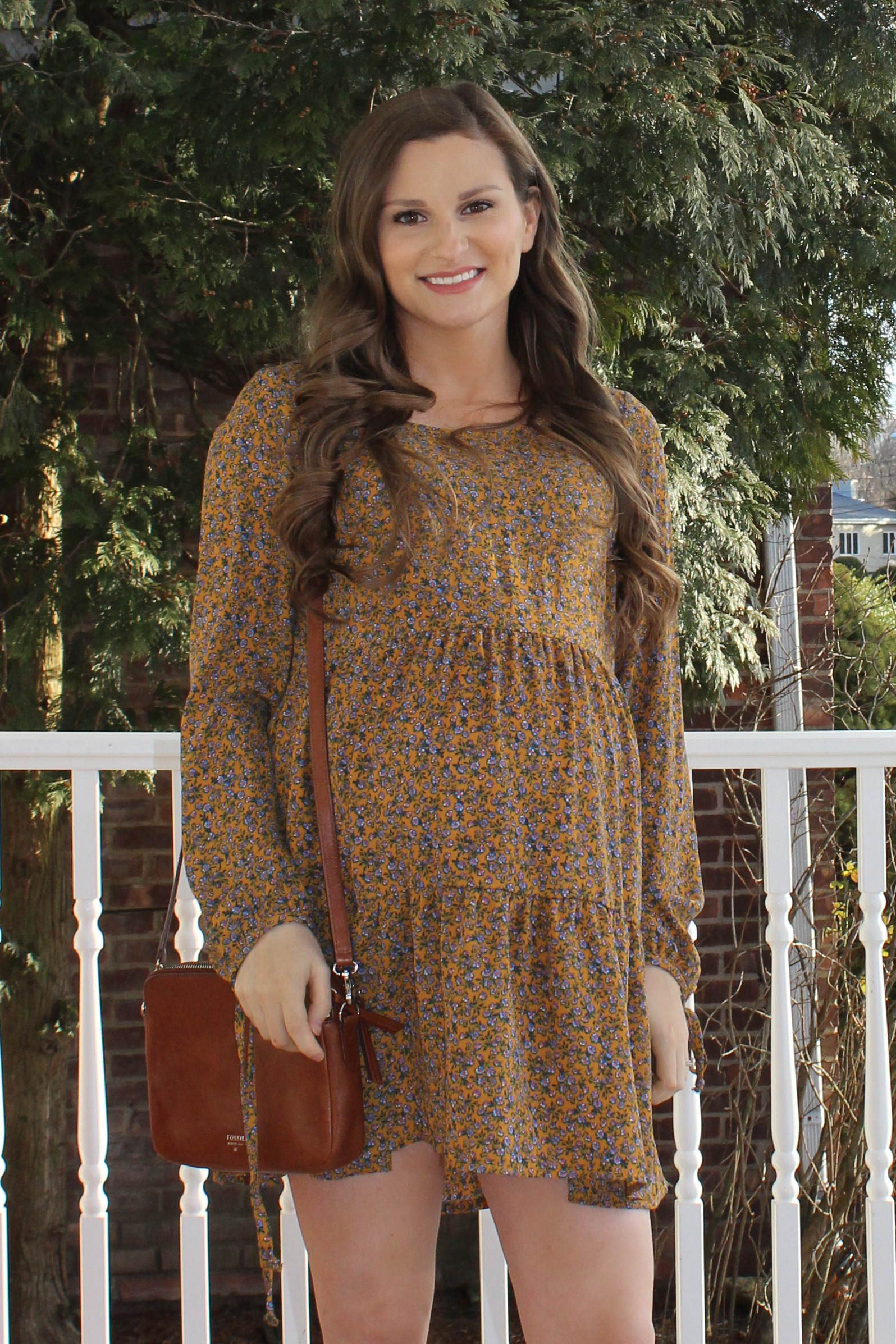 Something that has happened to me more than once is getting a compliment on my dress only for me to say “Oh thanks, it’s from Target”. Maybe I can’t take a compliment properly, because I always feel the need to downgrade the compliment by saying something about how it was cheap or how I just… 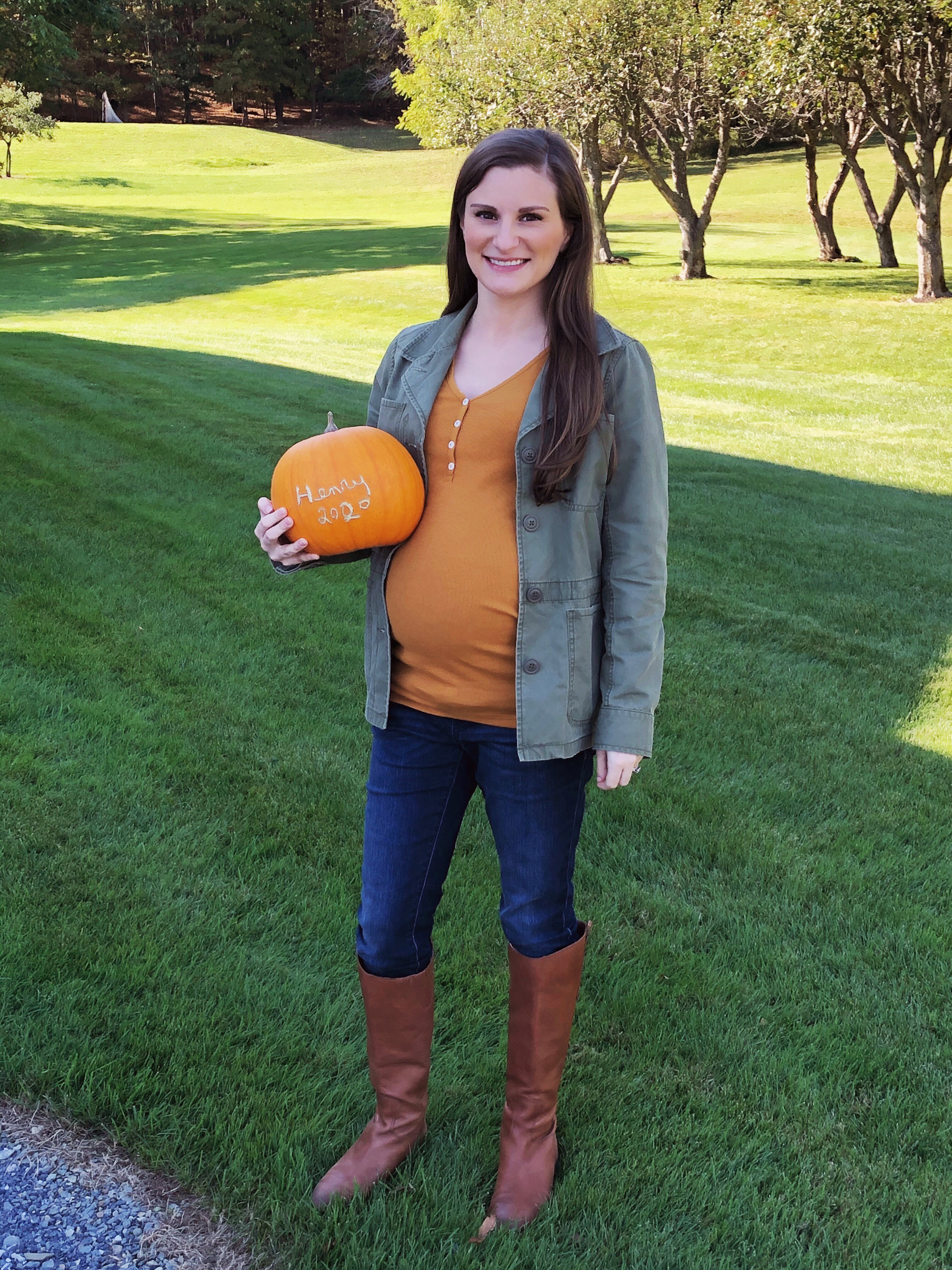 The second trimester was, for me, when things started to begin to feel “real”. The first trimester I didn’t know I was pregnant for the majority of it (oops), and I really didn’t have too many symptoms so it was a breeze for me (read more about my first trimester here). However, during the second… 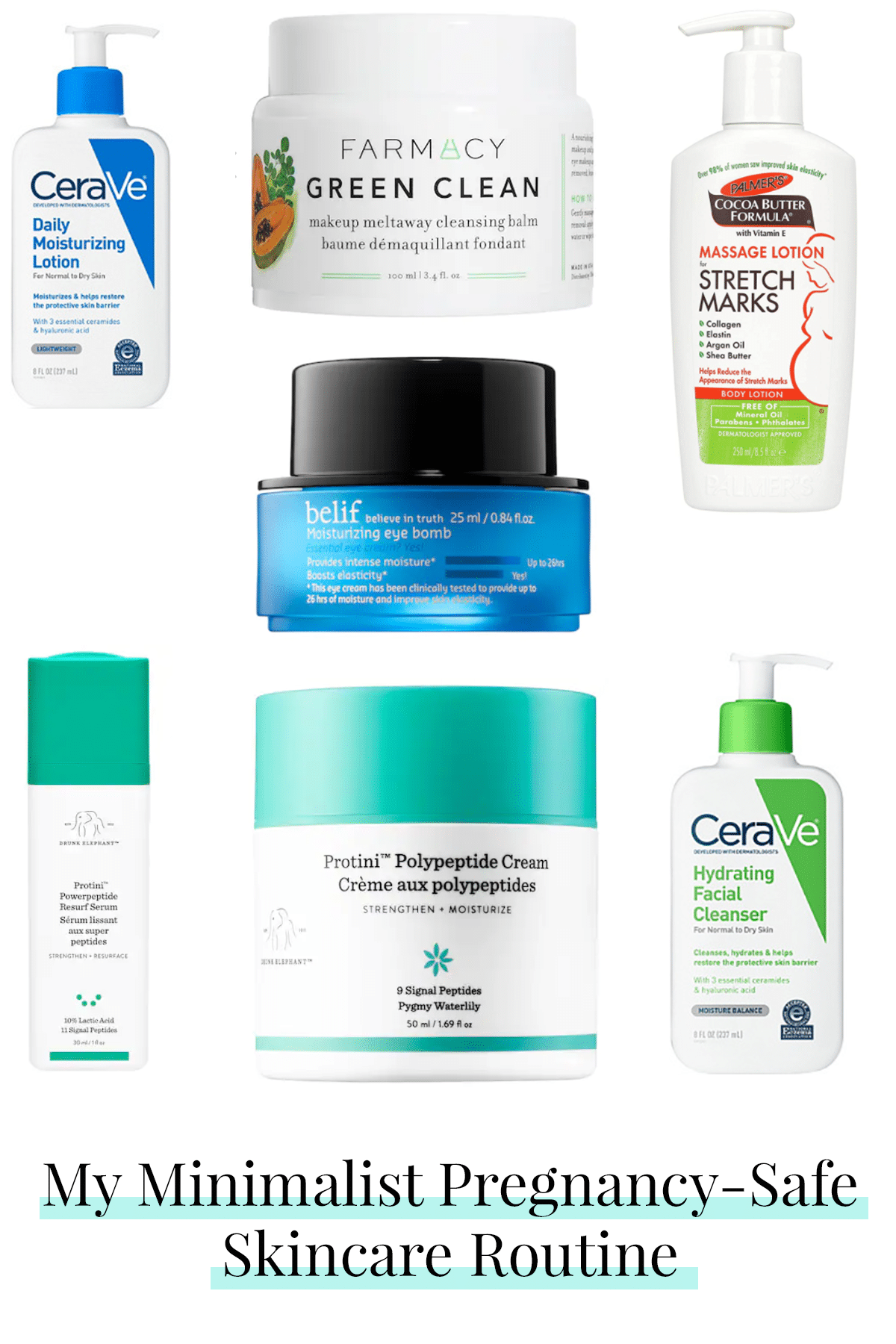 Maybe it’s just me, but I read/see other women’s skincare routines and they stress me out. They include 10+ products, with different ones for night and day, and tons of add-ons that just aren’t necessary. I love trying out new skincare and beauty products — don’t get me wrong — but try to keep it… 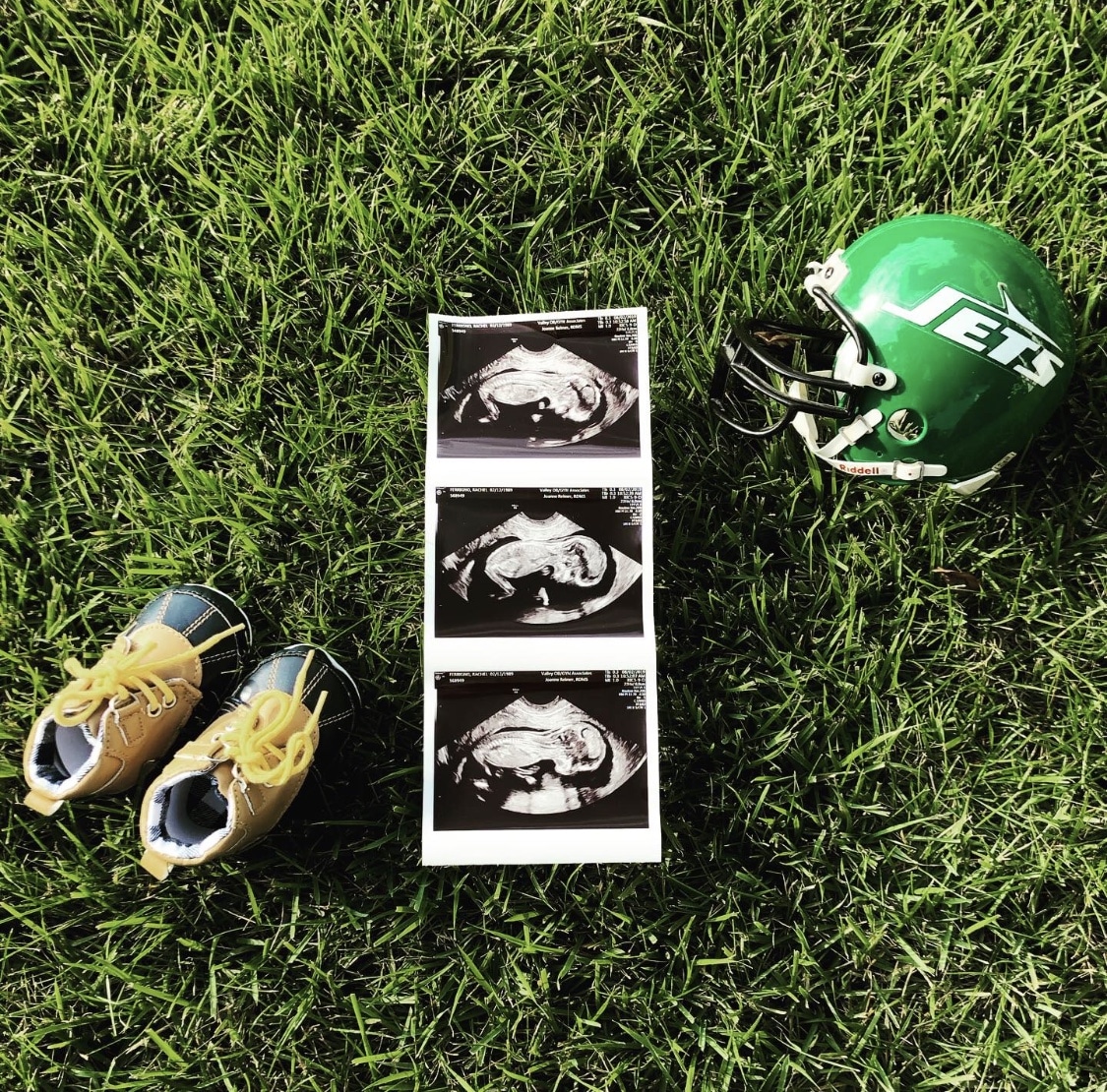 We’re expecting! I’ve been slacking at blogging the past year or two, but figured I should come back now that we’re expecting our first child! I want to be able to look back at these posts and remember all the moments and stupid things I said, and look at the photos. How far along were…