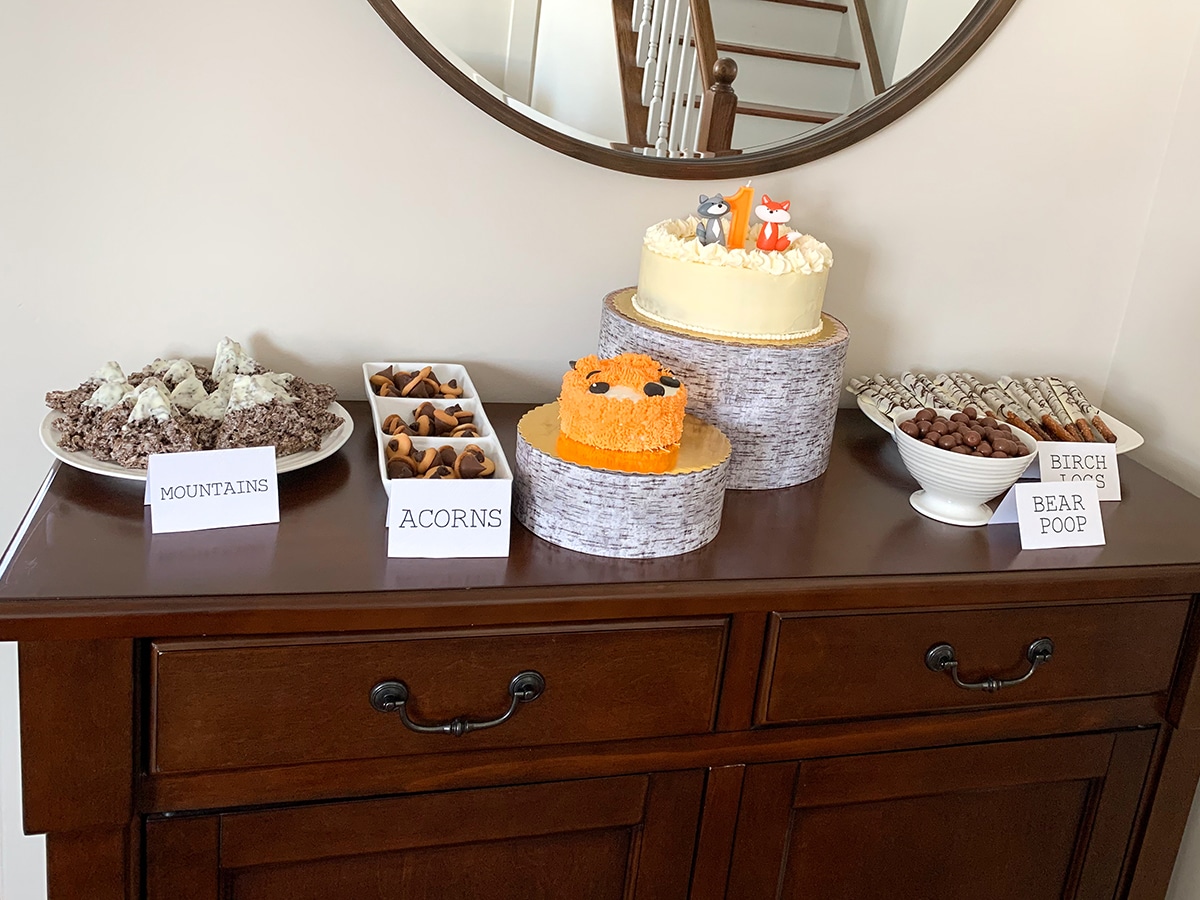 Because we were having a small get-together for Henry’s first birthday (due to COVID), I didn’t go all-out on party favors. (Plus, who really gets excited taking home a party favor from a one-year-old’s party?) I still wanted to give a little something away, and wanted it to match the woodland theme, so I decided to make a woodland dessert bar and provide to-go bags so they could double as “favors” in addition to dessert. These were all in addition to the cake and smash cake, which would’ve been enough dessert on their own if we’re being honest! I made small signs for each of the items so people would know what they were supposed to be, since they weren’t all obvious at first glance. 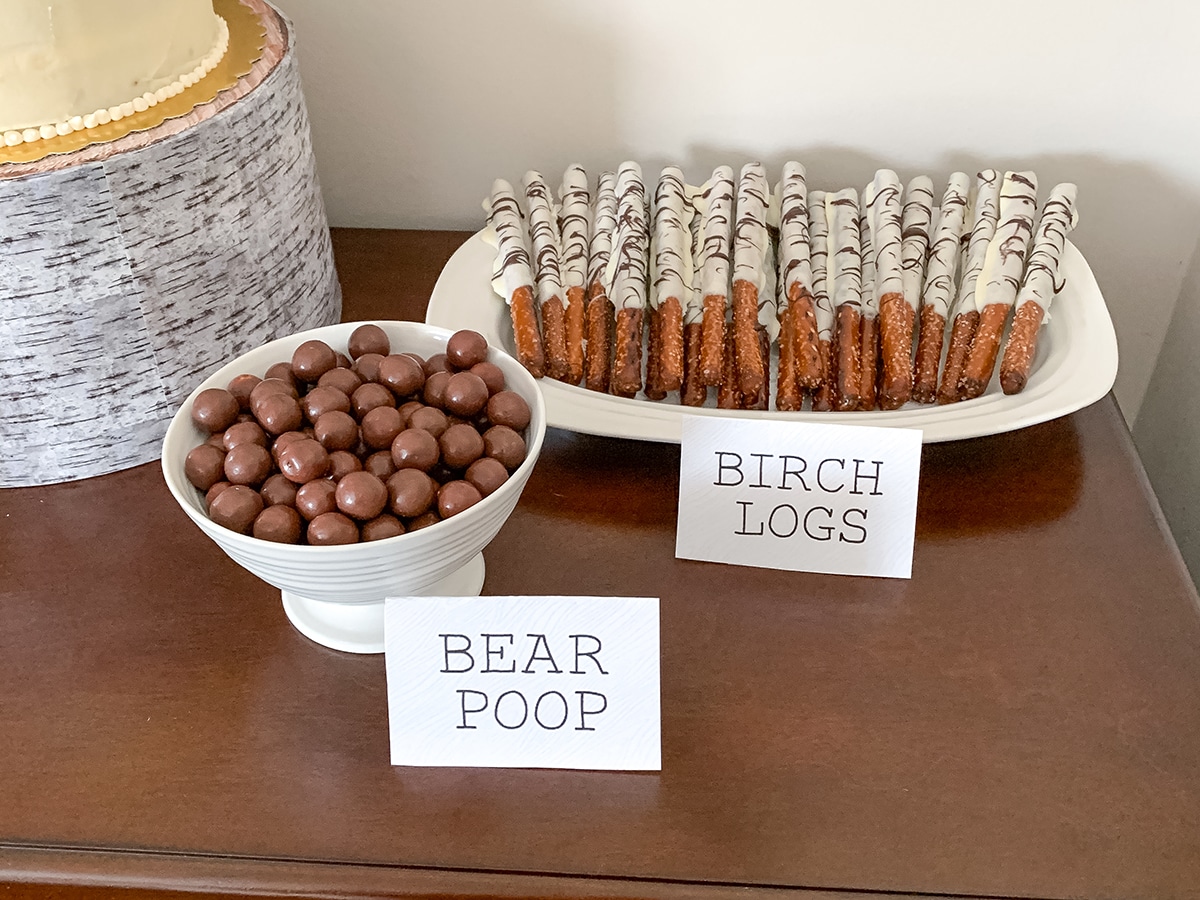 The key here in making woodland desserts is creativity. When I was browsing premade or prepackaged candy and dessert options, it became clear to me that there wasn’t much available that fit the woodland theme (no gummy foxes or chocolate covered racoons were available). So I looked at Henry’s woodland nursery and the plates I chose for his party for inspiration. 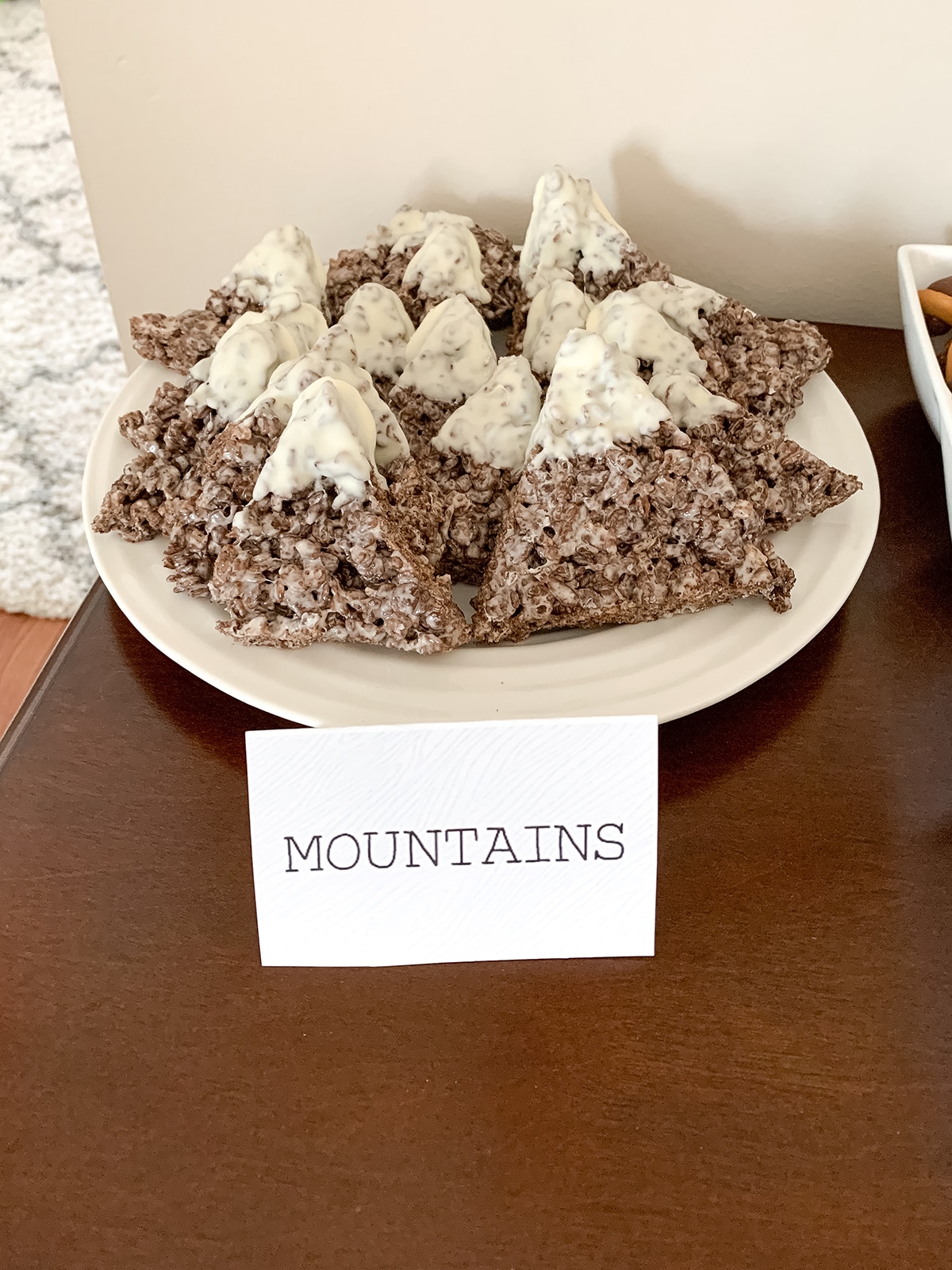 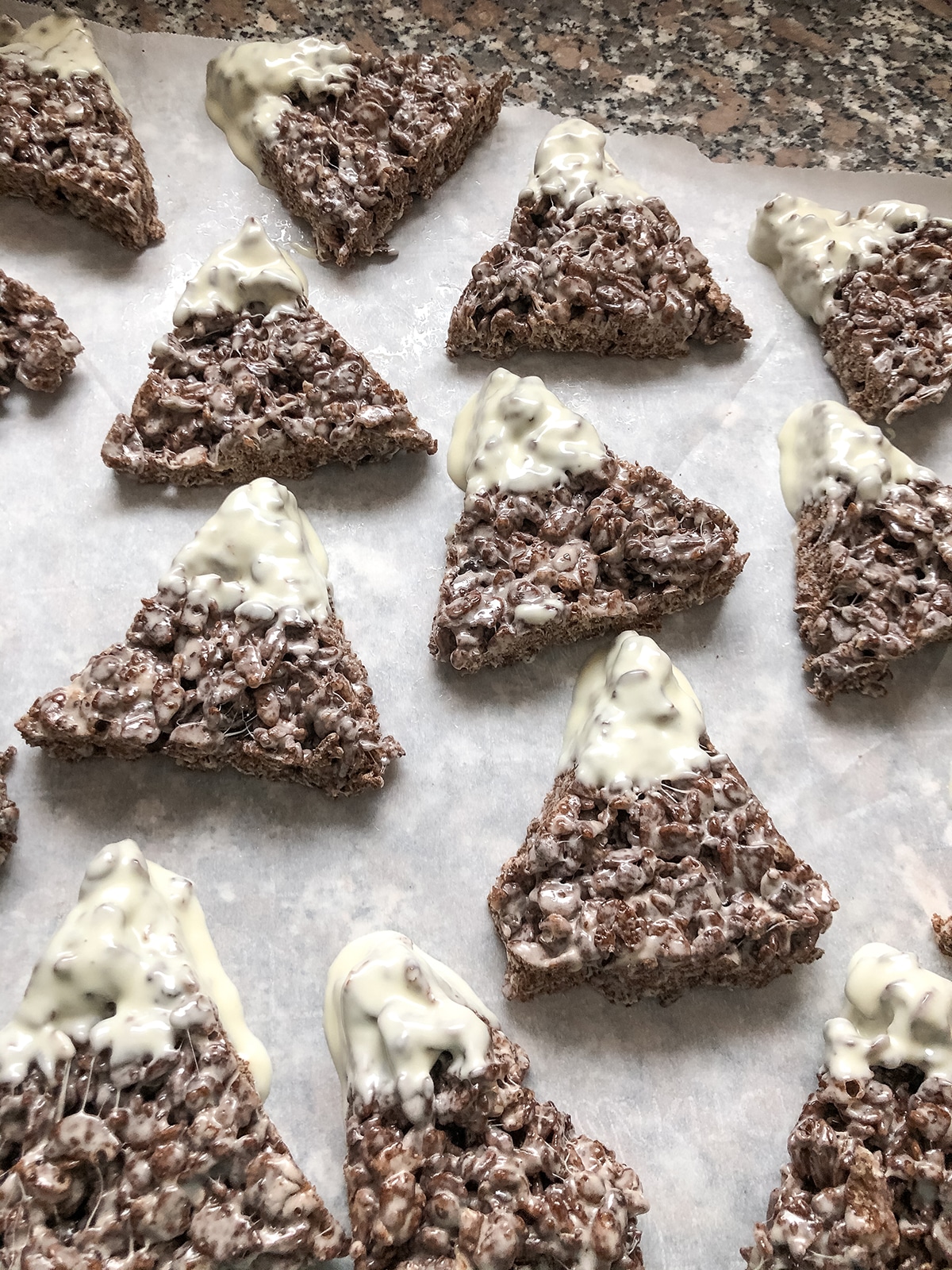 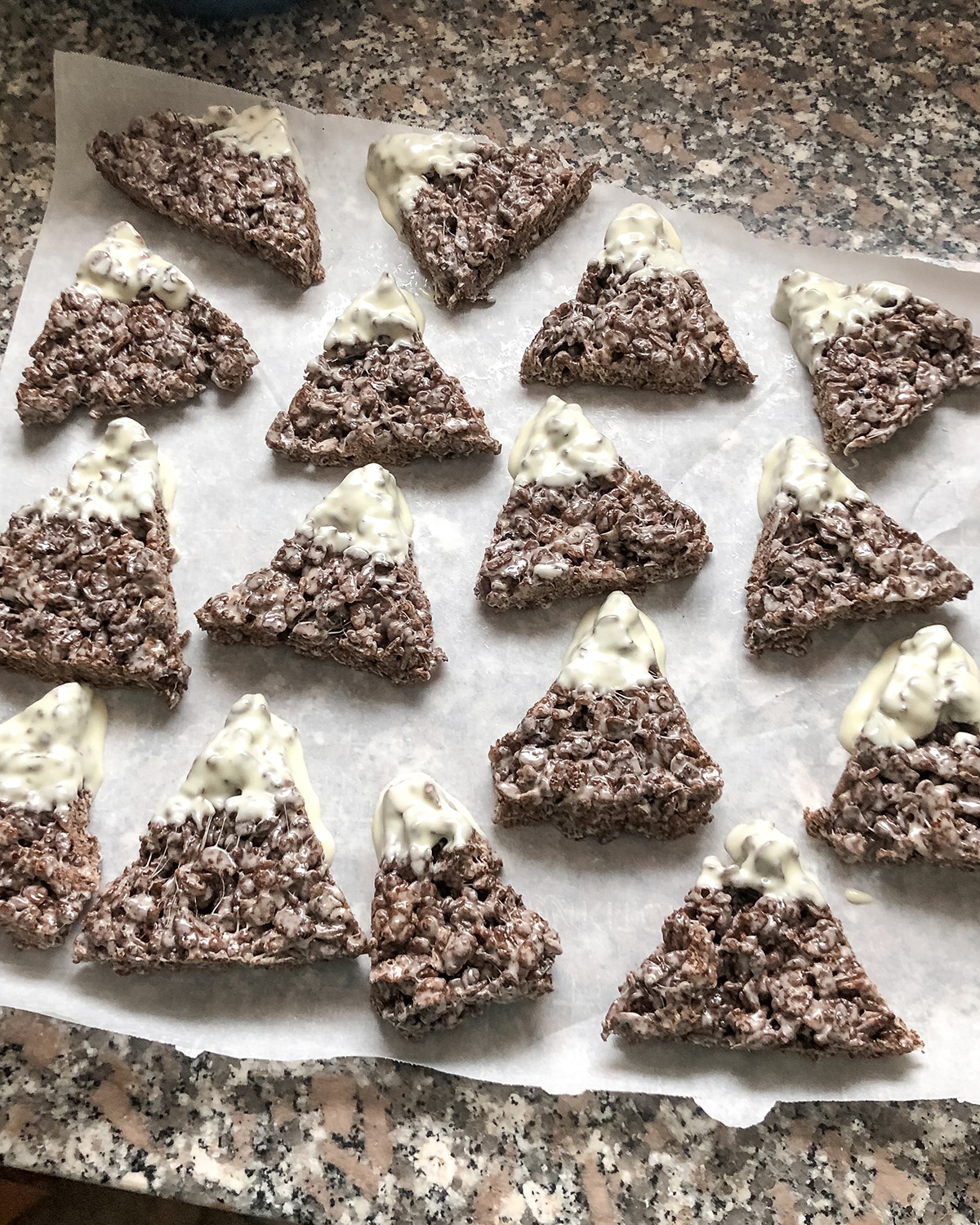 These mountain shaped marshmallow treats are just like the classic Rice Krispie treat, but with a twist. Sub in Cocoa Krispies or Cocoa Pebbles for regular Rice Krispies, cut into triangles instead of squares, and dip a corner in white chocolate. 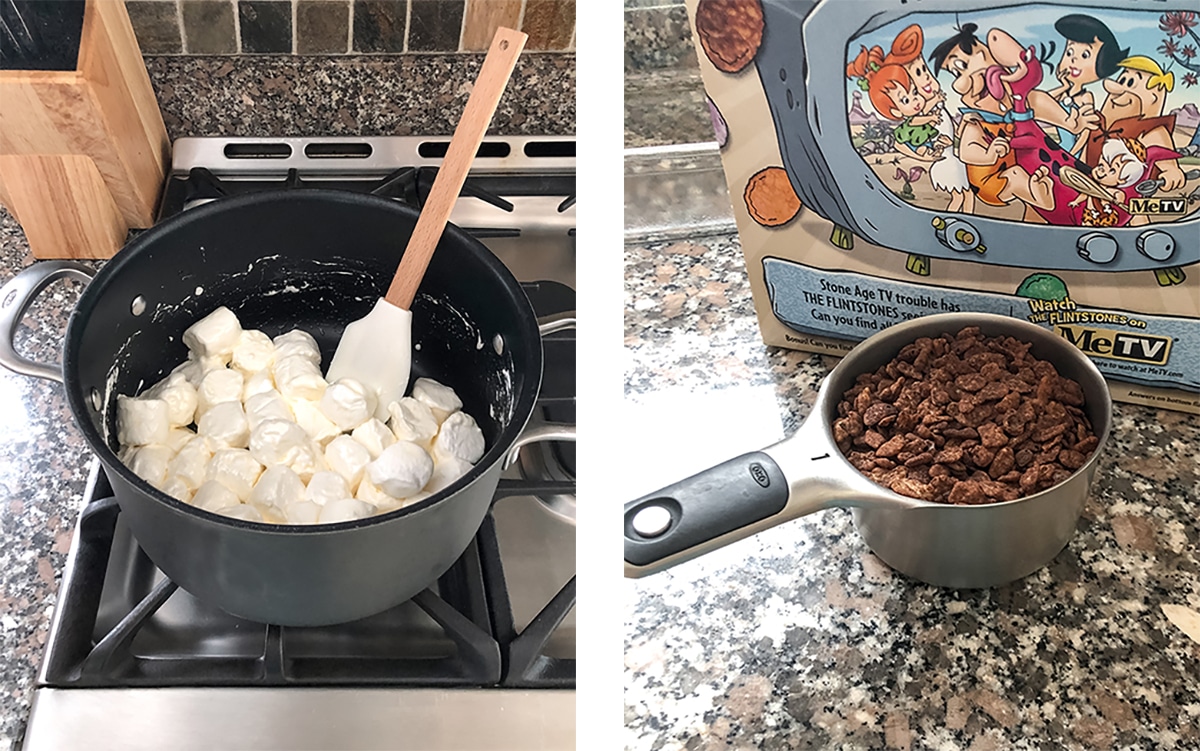 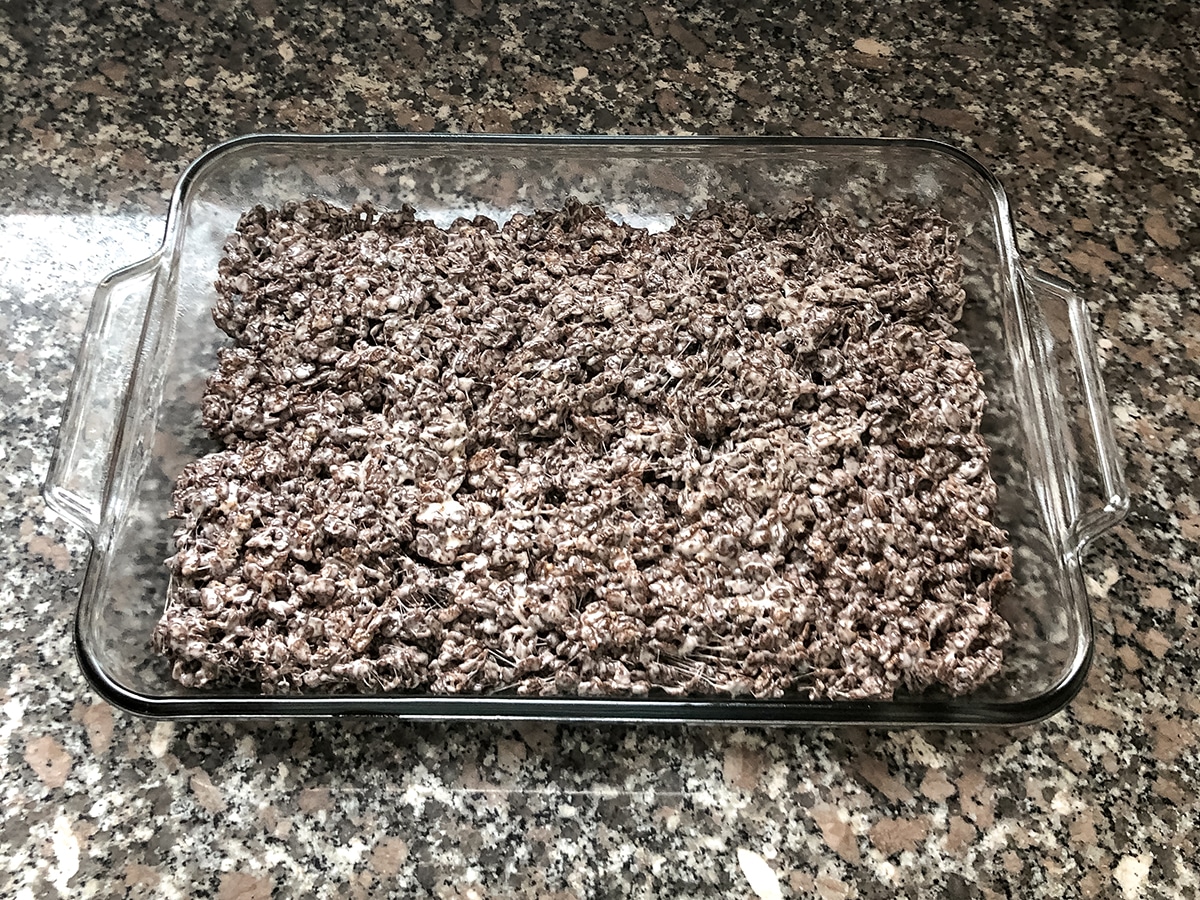 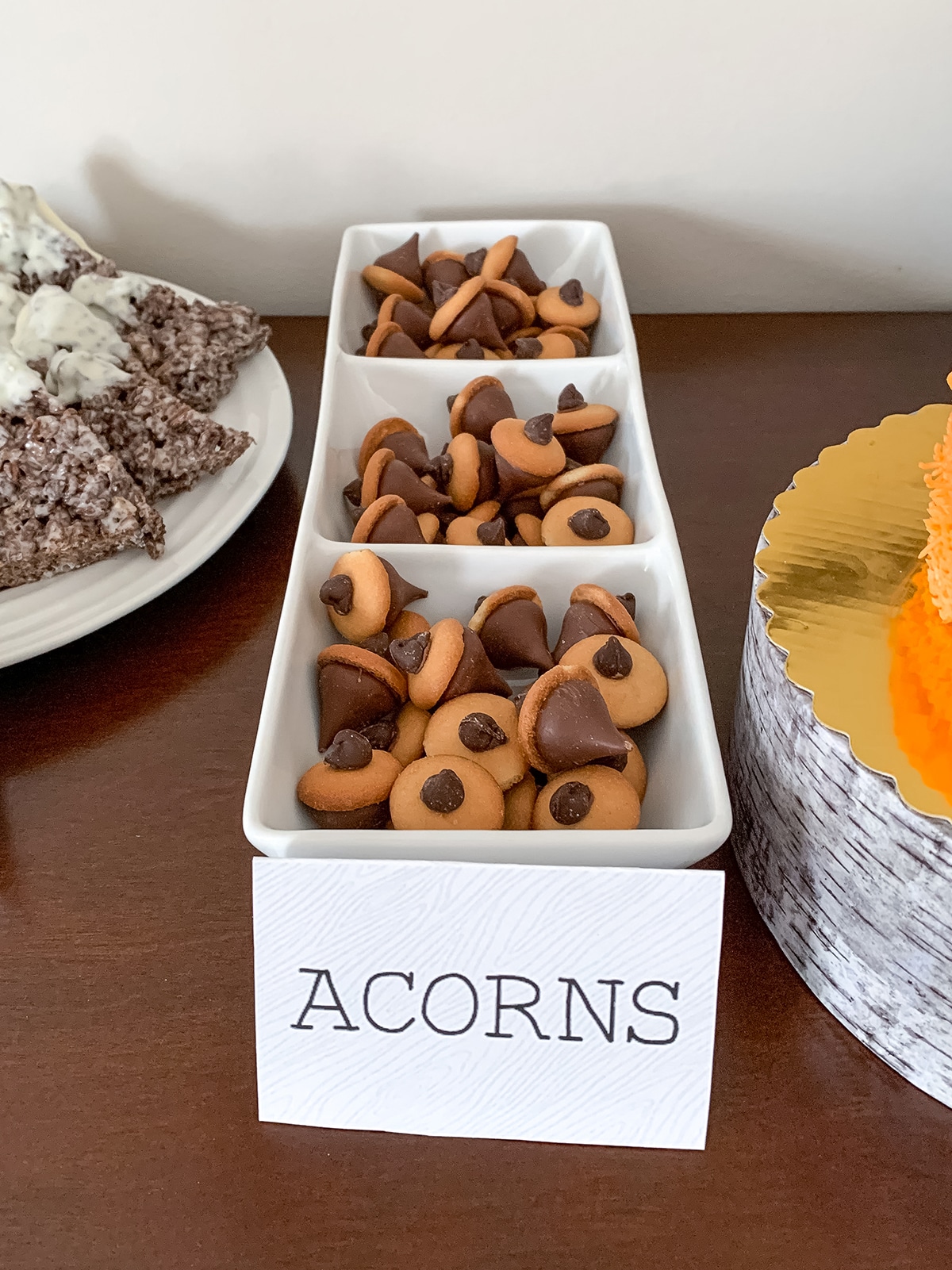 These were adorable (and yummy), but gave me carpal tunnel while assembling them. I made these a night in advance and kept them in a sealed airtight container and they held up nicely. 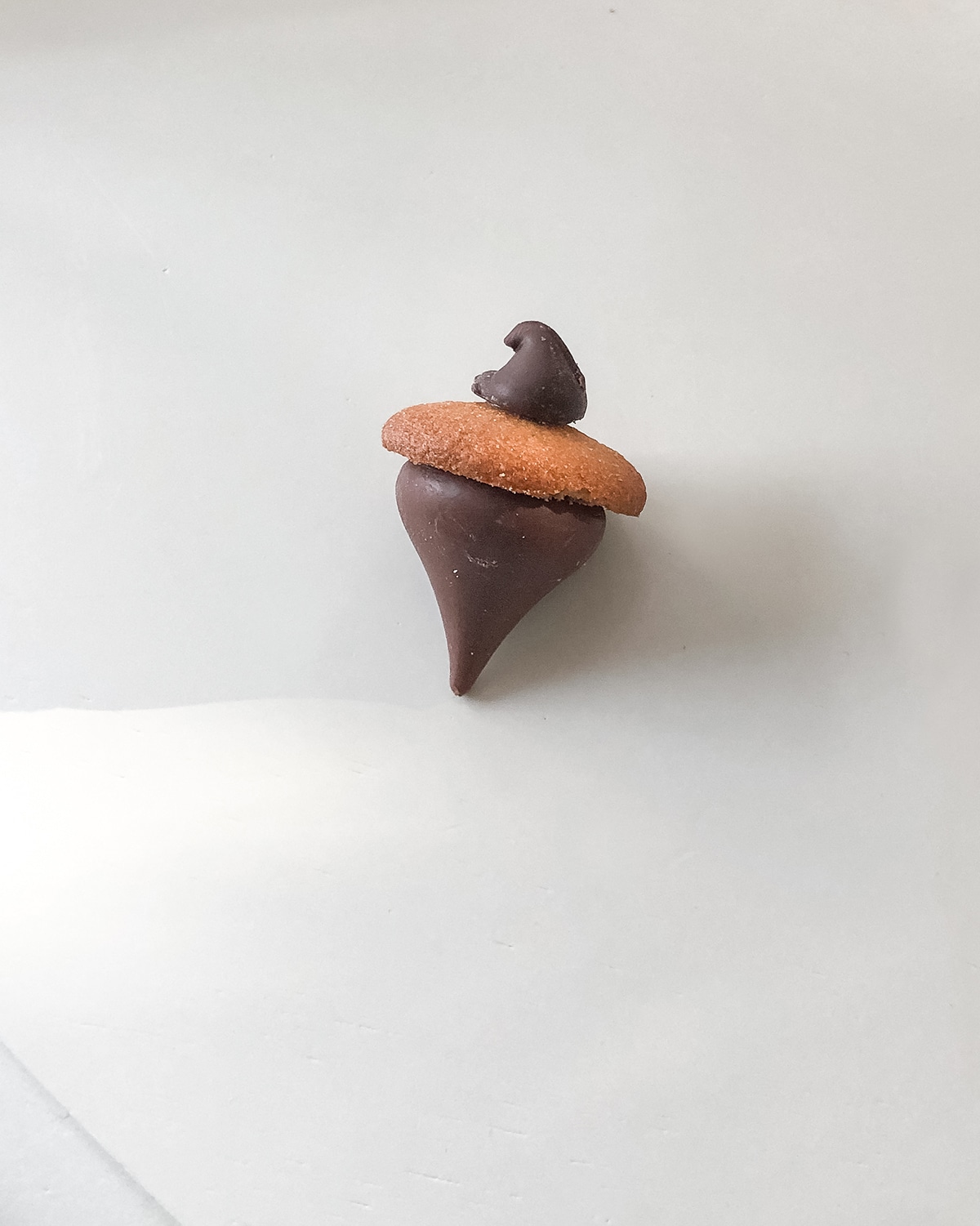 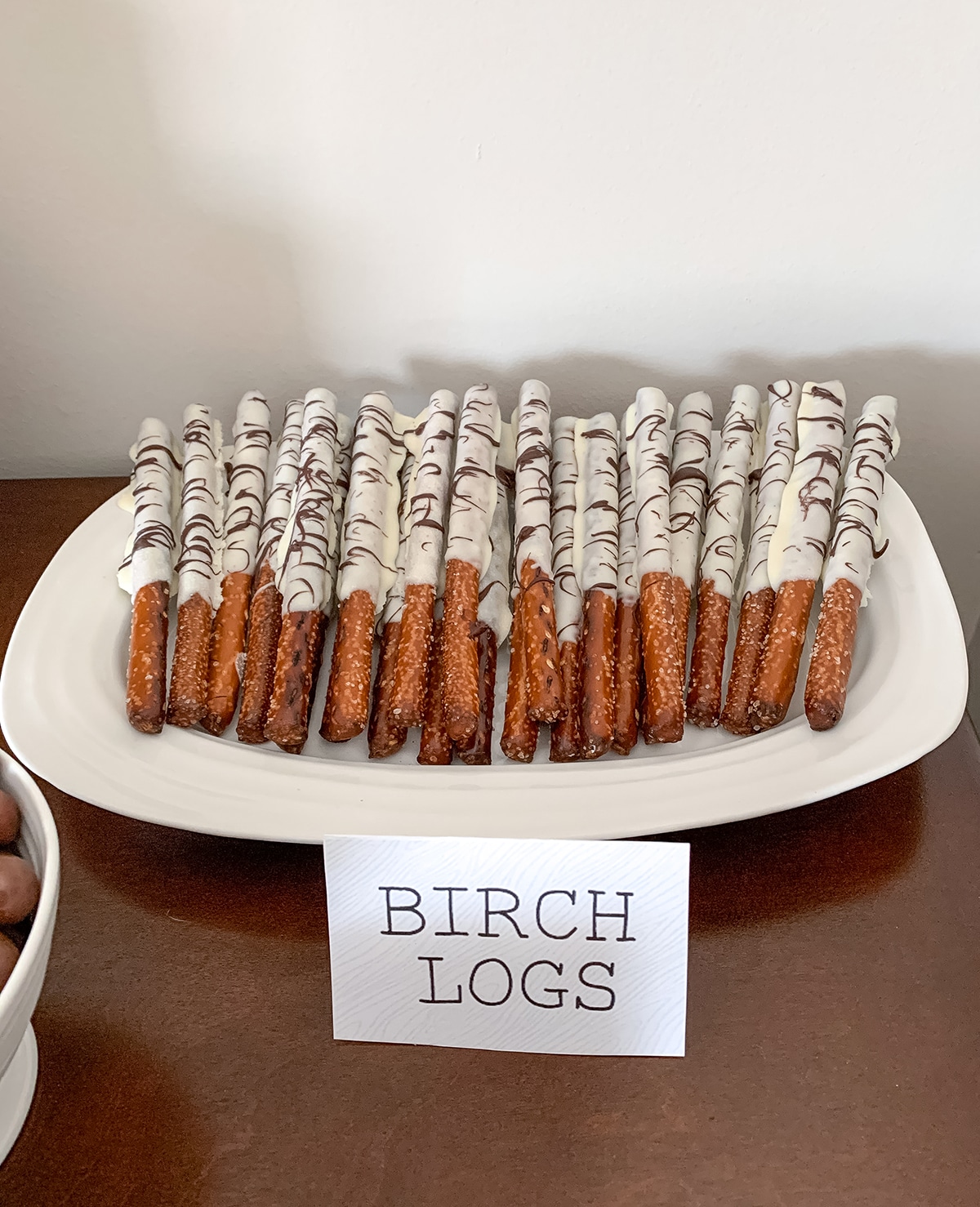 These look like your standard chocolate covered pretzel rods with some added drizzle. Key tip from my mistake: buy extra melting chocolate. I ended up running out to the store in a panic because I severely underestimated how much I’d need. 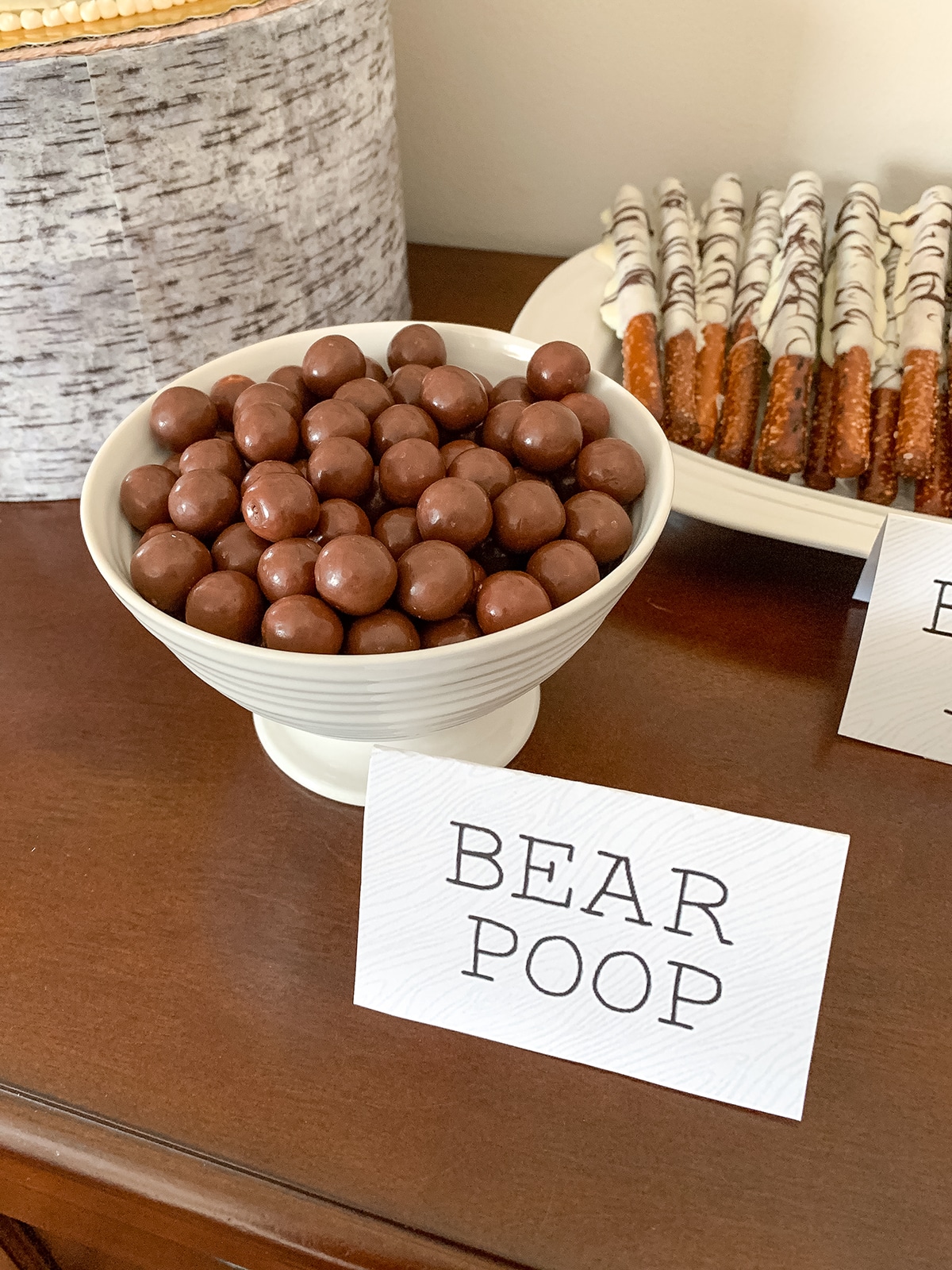 So there’s not a recipe for this, but there are many options! You can make bear poop, deer poop, or *insert other woodland animal* poop depending on your preference. I used Whoppers, but you could also use Raisinettes, Milk Duds, or Goobers. 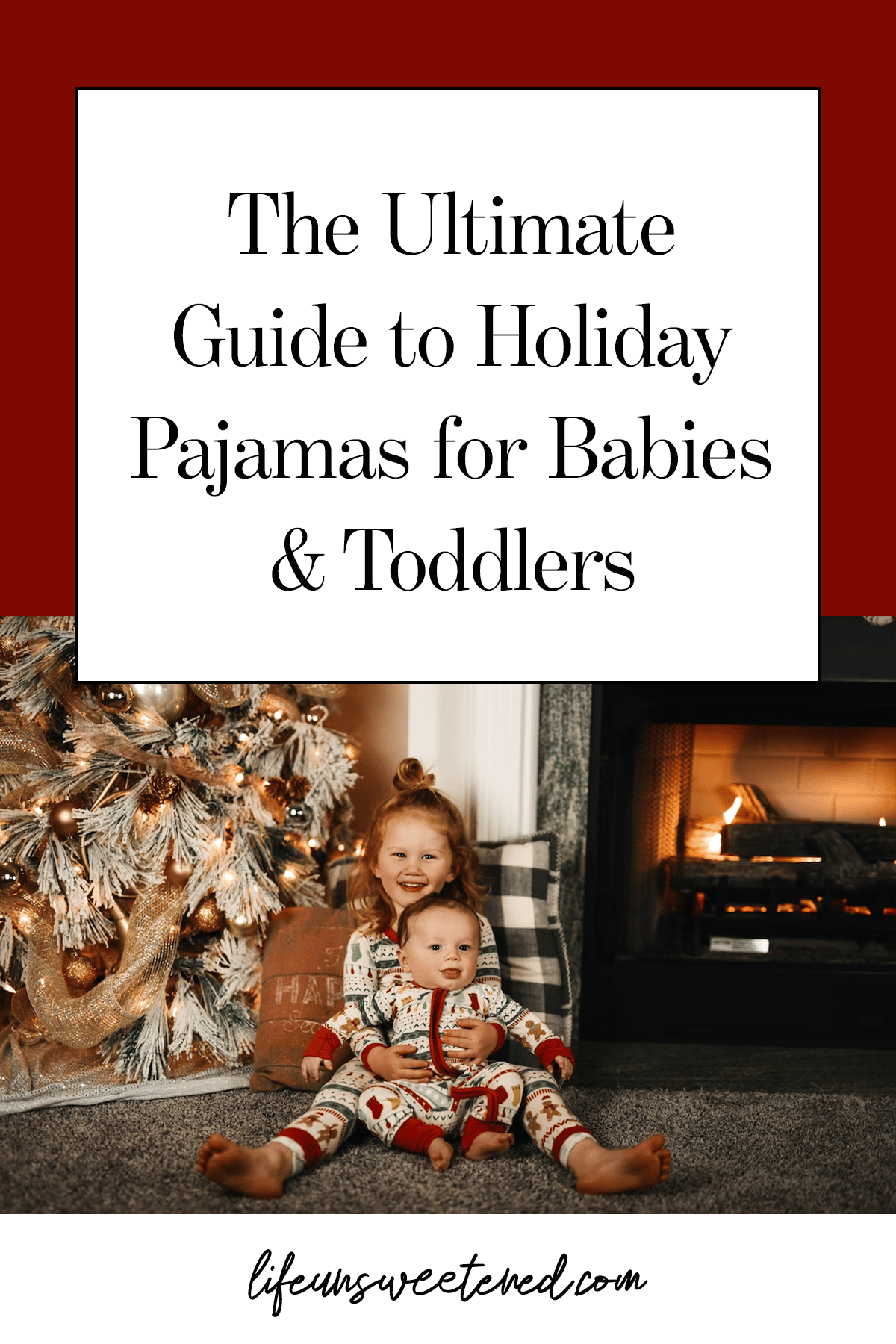 Even before I had children myself, I knew about the phenomenon known as holiday pajamas for babies and toddlers. I saw the cute photos plastered all over my social media channels and said, “I’ll do that when I have kids one day”. What I didn’t realize was how quickly the pajamas can sell out and… 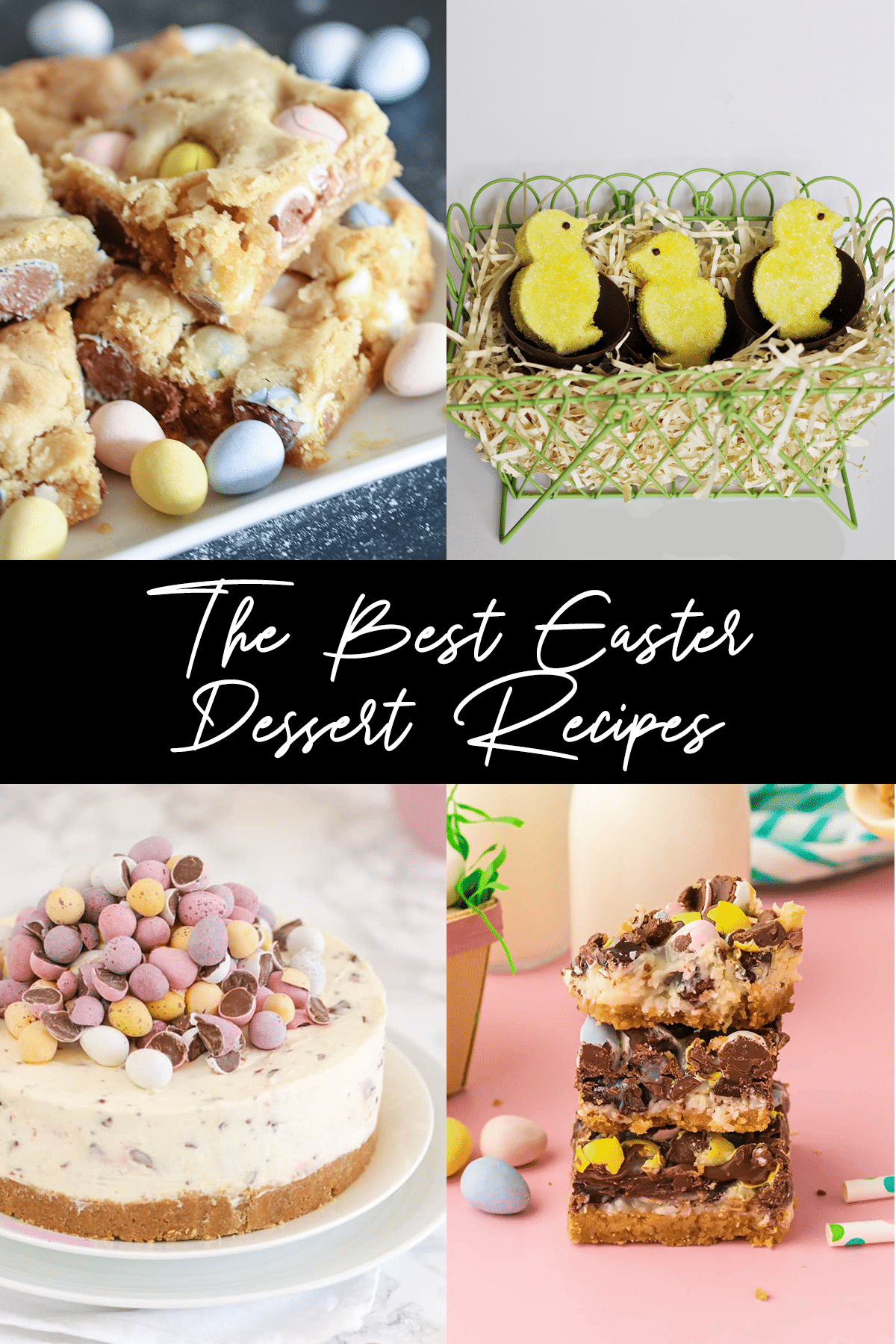 Every Easter, my staple contribution to the meal is usually green bean casserole (a polarizing dish , I know). Then — if I’m feeling up to it — I usually also make a fun, Easter-themed dessert. For some reason, Easter is the one holiday that I find so many cute dessert recipes for (compared to… 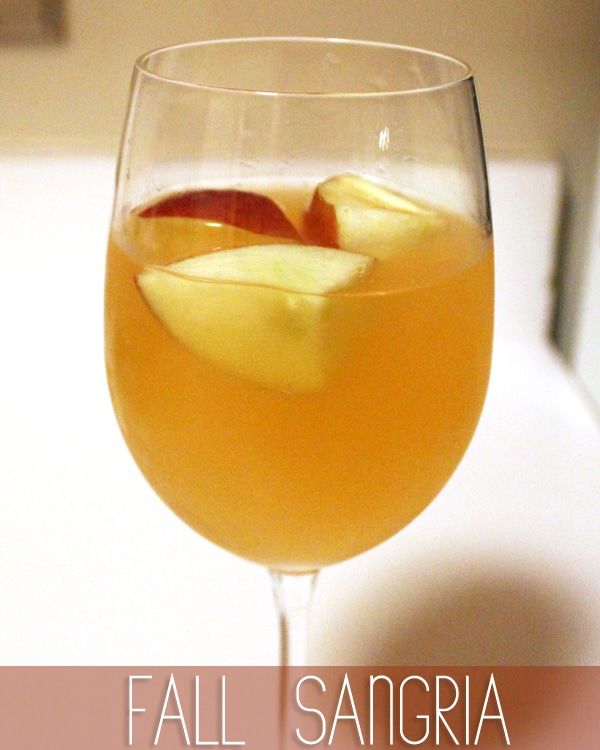 What happens when you mix two of every 20-something female’s favorite things together? You get fall sangria, obviously! When I saw this recipe on Pinterest, I knew I had to buy the ingredients and make some for the weekend. During fall, I love making eating fall-themed foods like warm soups, pumpkin-flavored desserts and Halloween… 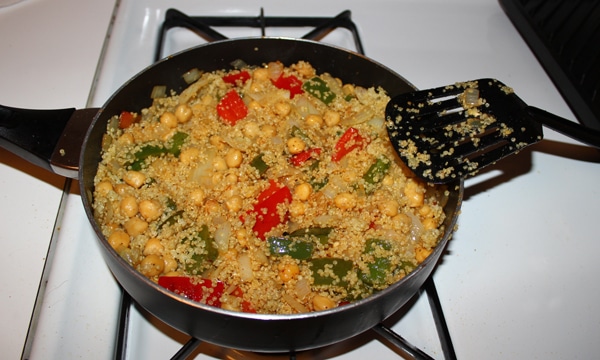 My first and fondest memory of quinoa was back in college when my health-conscious roommate Courtney and I made a trip to a new grocery store near our dorm. Courtney was always the healthiest eater of the group, and this day she happened to be on the hunt for this new product: quinoa. Only Courney… 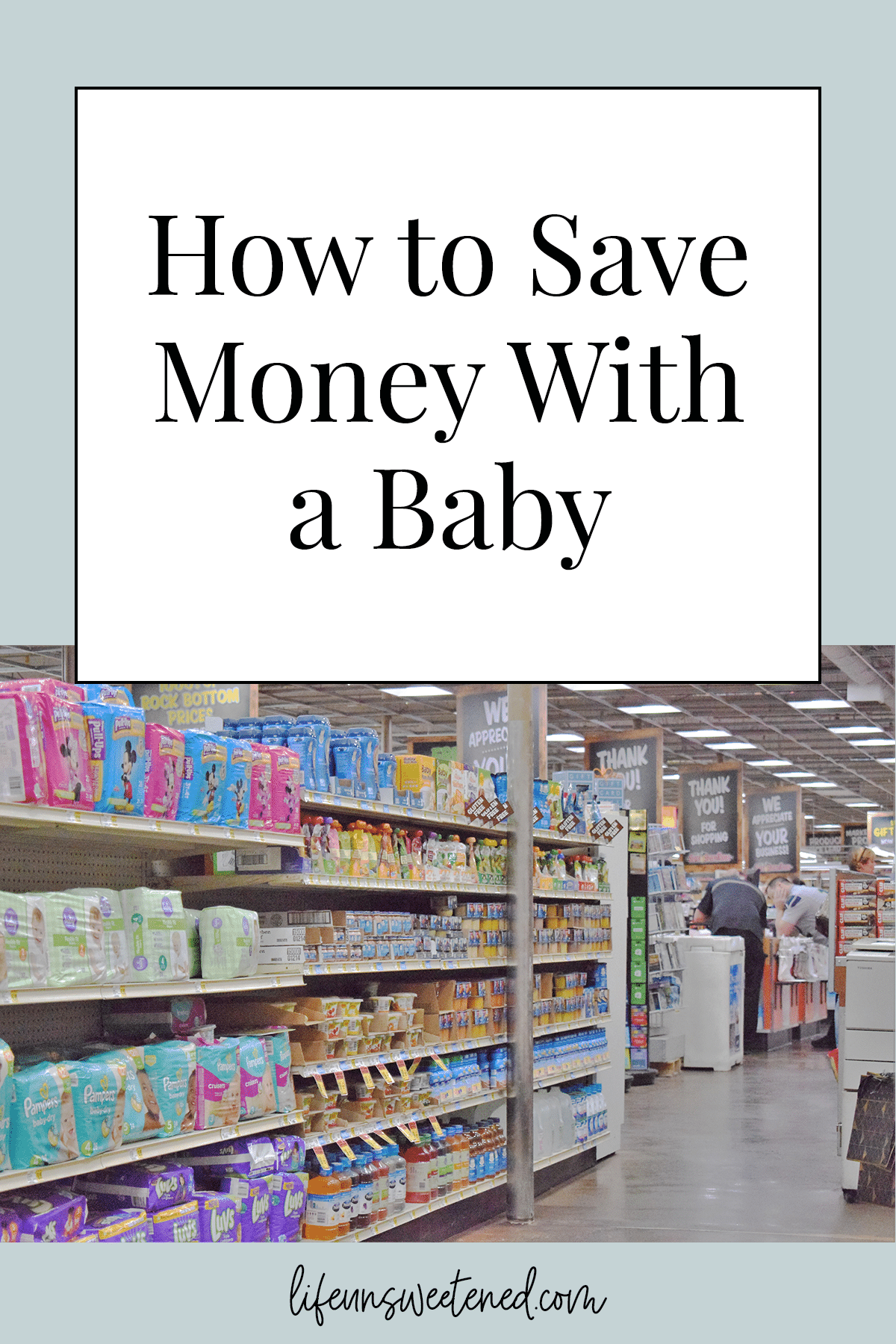 Babies are expensive. Period. Luckily, there are tons of easy ways you can save money with a baby before (and after) they are born. I’ve learned about these through my own research, through other online resources, my online Mom groups, and all my IRL Mom friends. Some of these came through pure trial and error… 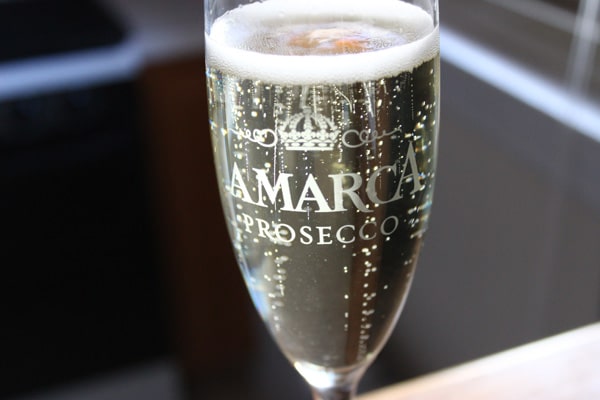 This is a sponsored post written by me on behalf of La Marca Prosecco.  It is intended for an audience over 21 years of age. When it comes to trying a new type of drink (alcoholic or not), I’m usually game. As I’ve gotten older and more “mature”, I’ve found that my taste tends to…