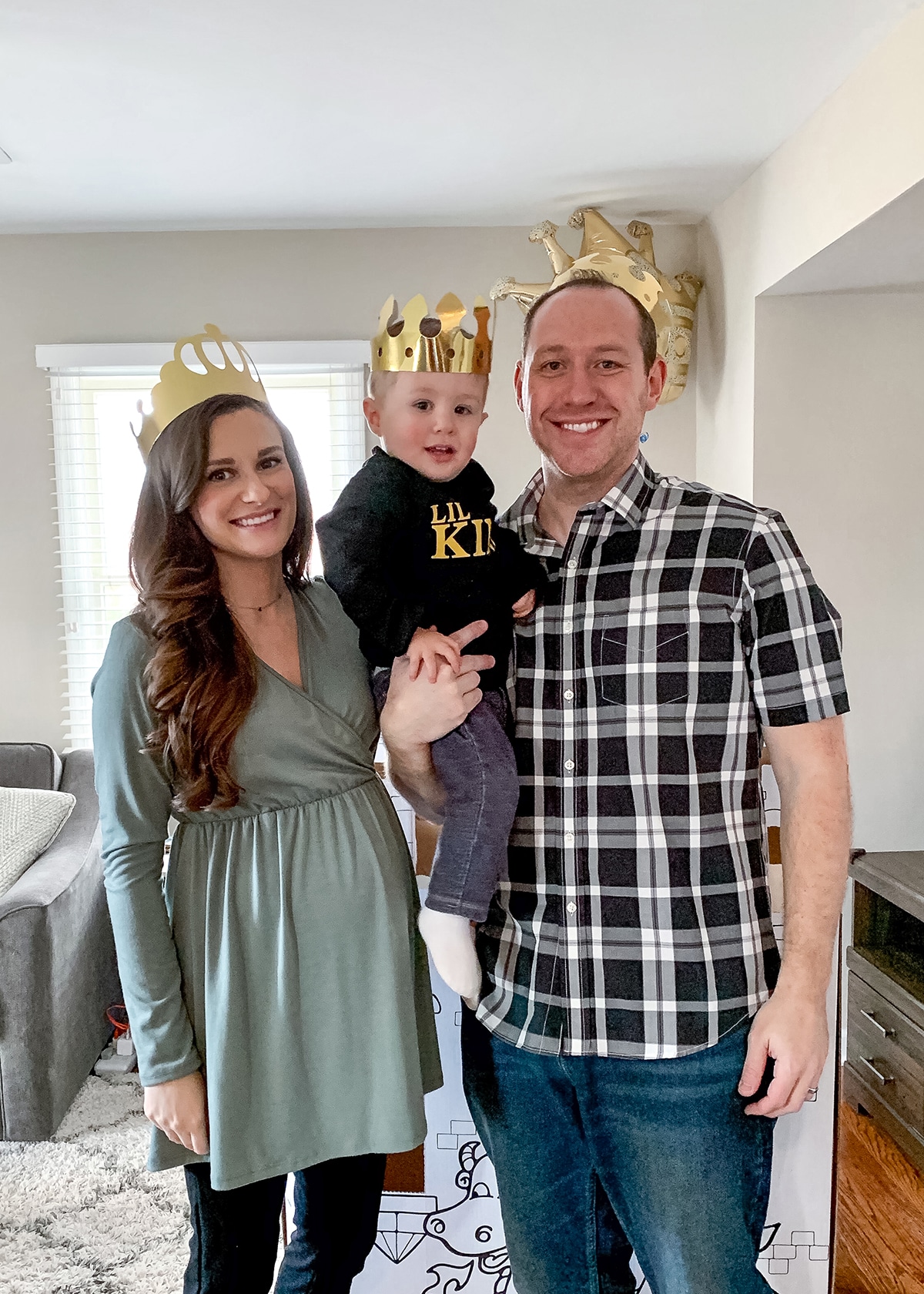 On Ferbuary 5th, we celebrated Henry’s 2nd birthday with a “King Henry” themed birthday party. The idea started as a joke (what if we included decor and items that reflected the actual King Henry in history), but then became a reality since he’s definitely the king of the family right now — what he says goes!

When doing research for supplies, decor, and more, I found a lot for Prince themed parties, but not a ton specific to Kings, so I had to improvise here and there. Or the King themed parties were Lion King themed or “Where the Wild Things Are” themed, and that’s not what I was going for.

Here’s a breakdown of Henry’s King themed birthday, including the decor and supplies we bought, desserts that were made, and of course some adorable photos. 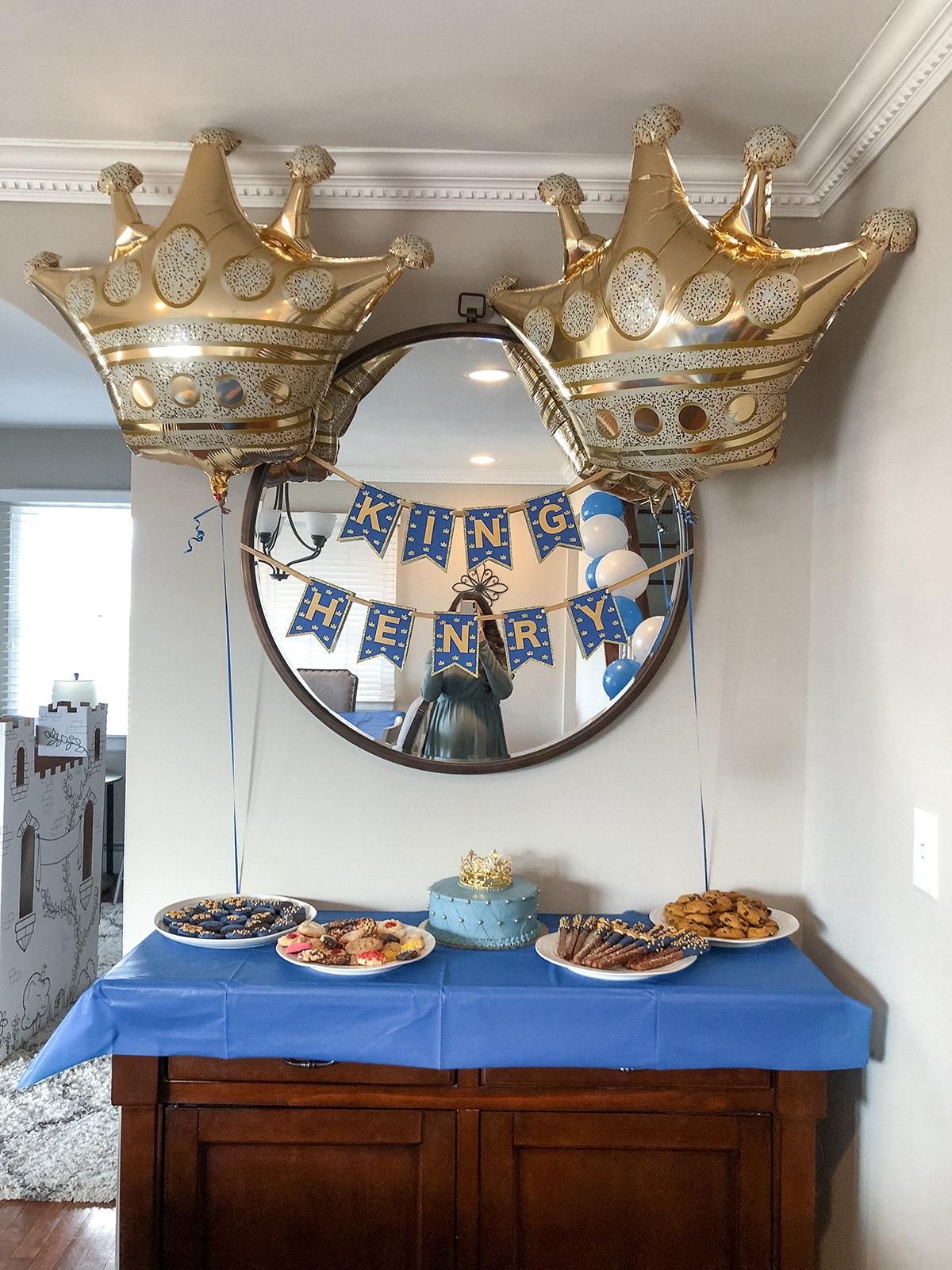 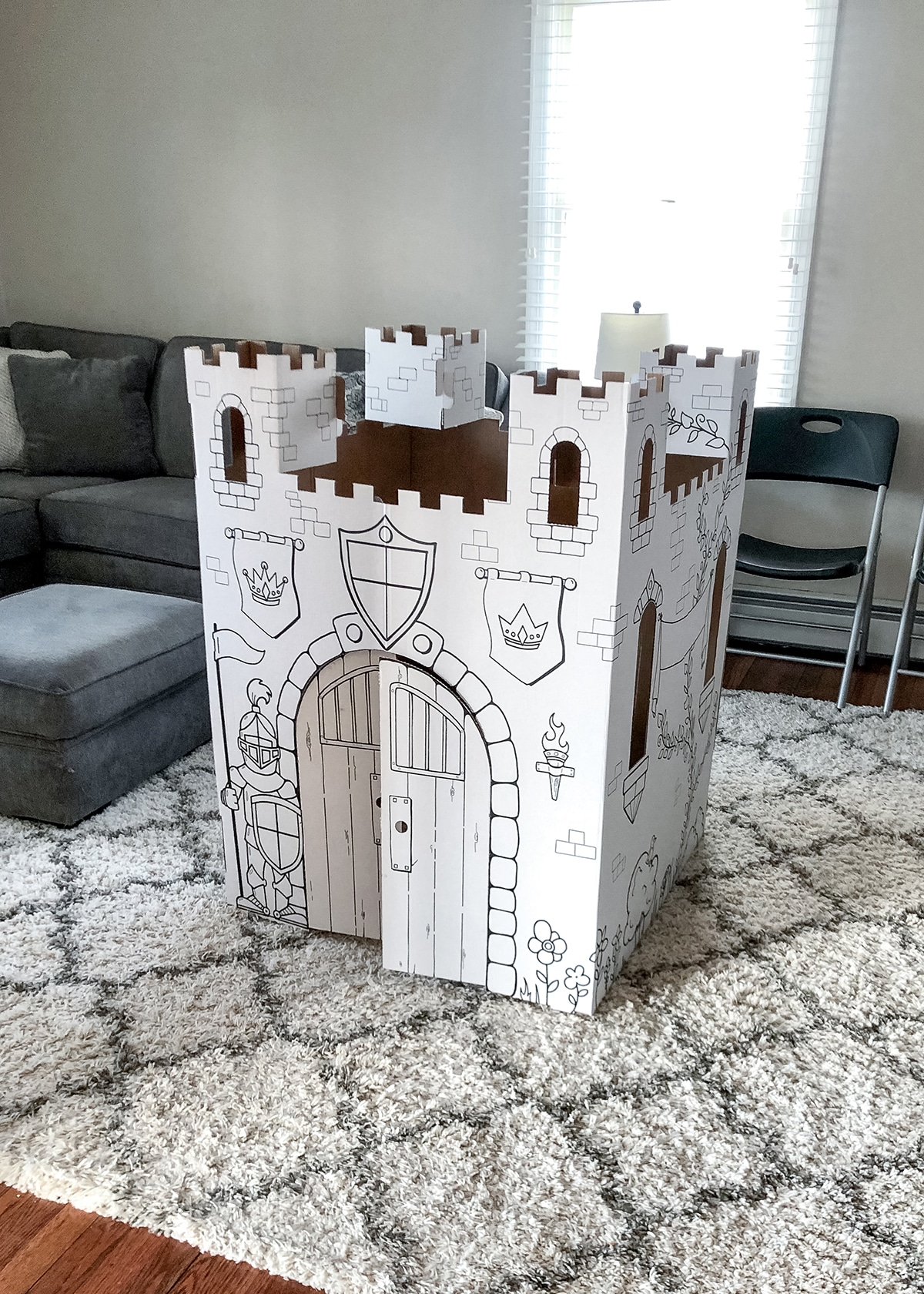 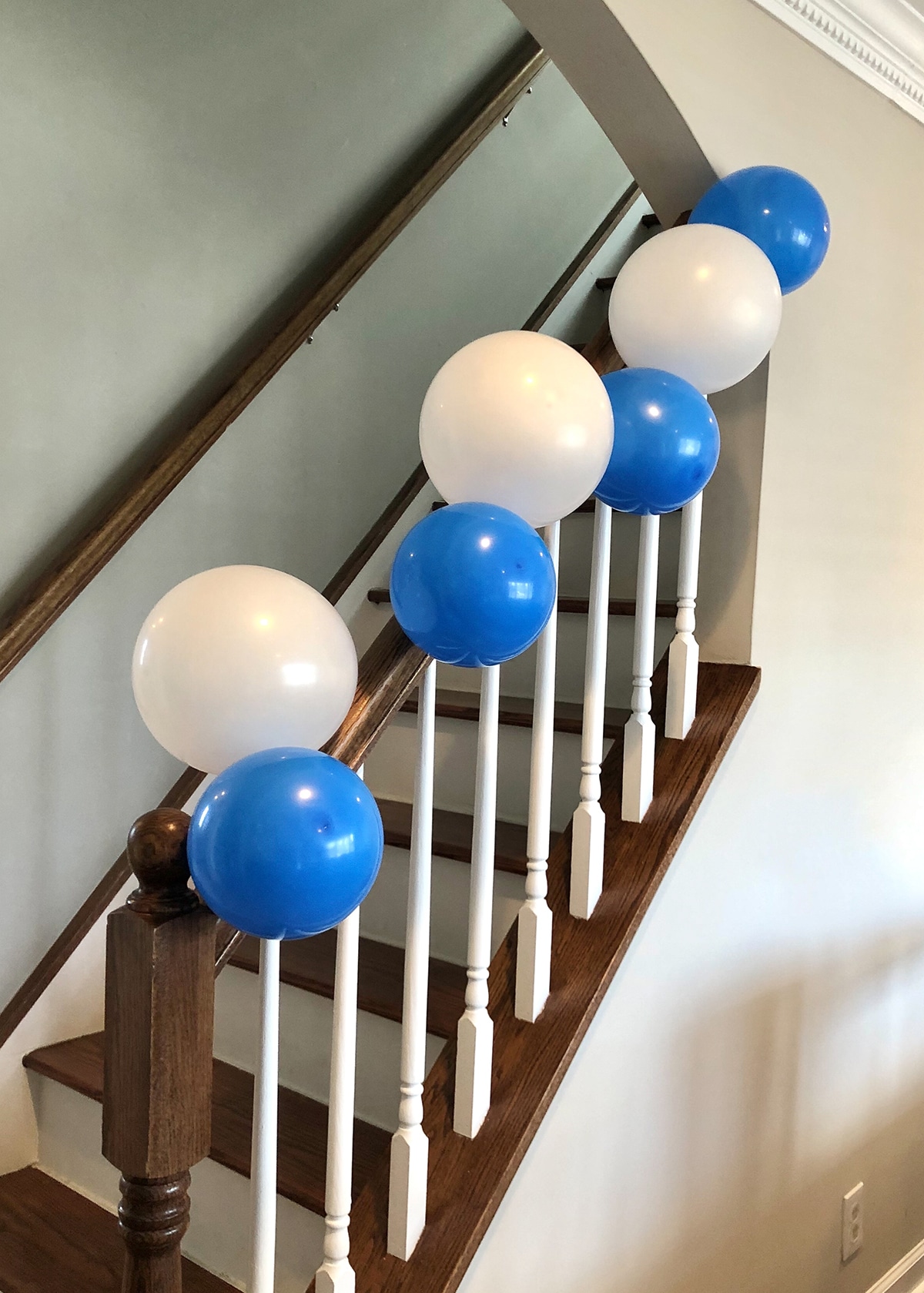 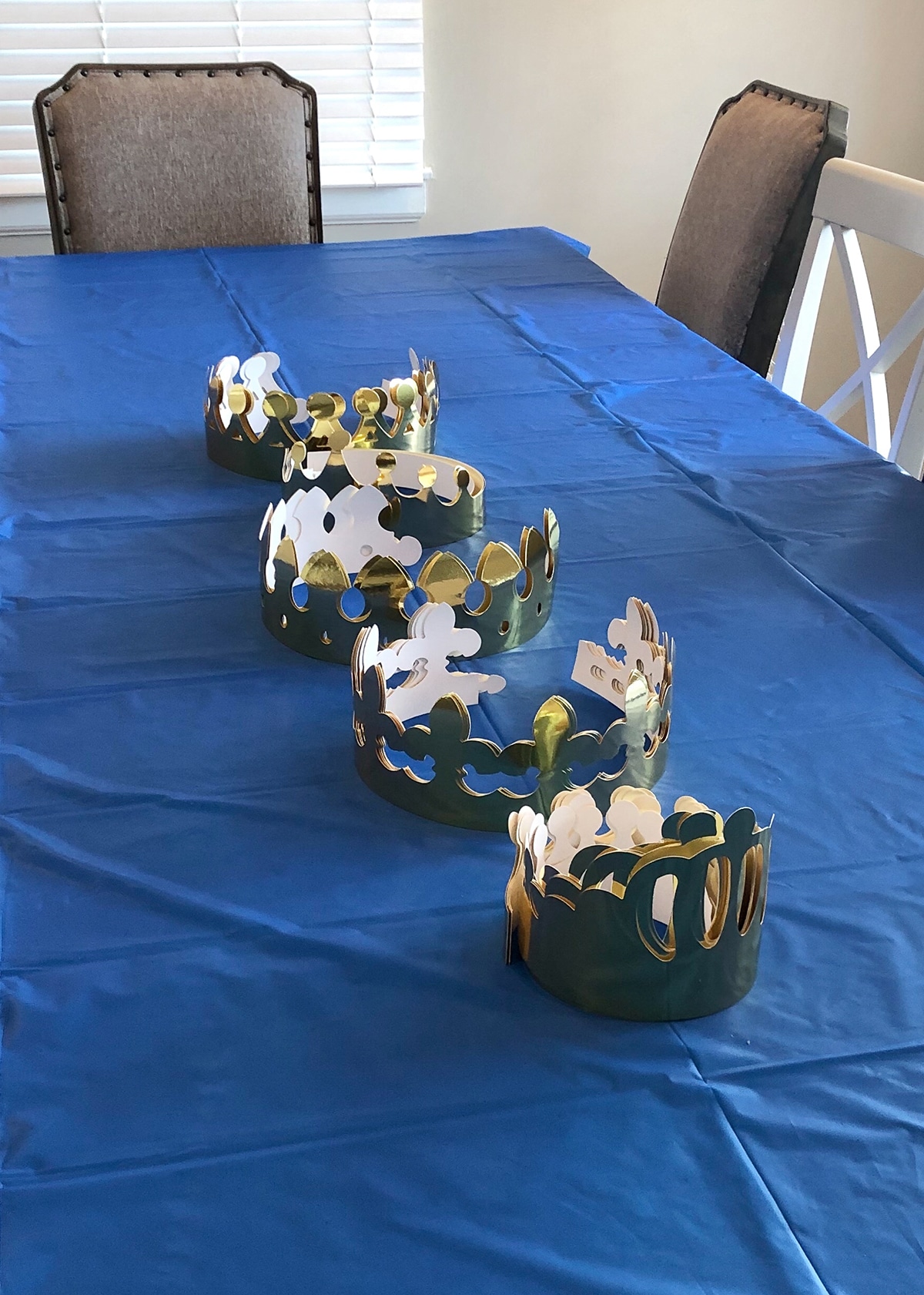 I kept the decorations pretty minimal, since we only had our downstairs area to decorate for the party. This included blue and white balloons on the stairway, gold paper crowns on the dinner table for all guests to wear (kids and adults!), a cardboard castle for the kids to play in and color on, and the dessert table mantle which had king-themed desserts, a King Henry banner, and some crown balloons.

The custom King Henry banner was gorgeous and so high-quality. I got it from Etsy and highly recommend the seller, MyPartiePixie. She ships from the UK, though, so be sure to order far enough ahead of time if you’re in the U.S. like me!

The paper crowns fit both adults and children since they’re adjustable, so they were a hit, too. If you’re having a lot of kids (or ones that are older than 2), you could have a DIY crown decorating station as a fun activity. 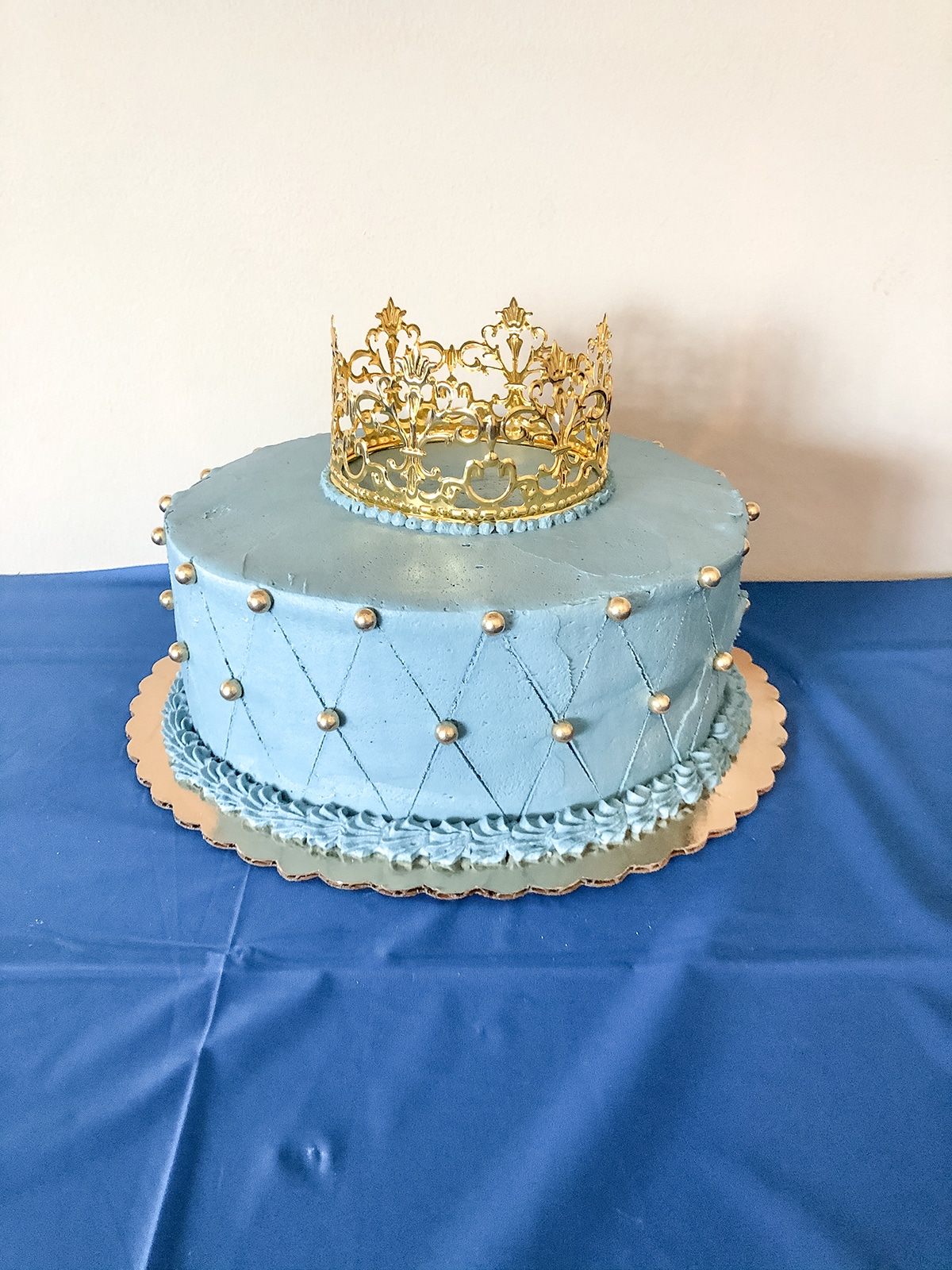 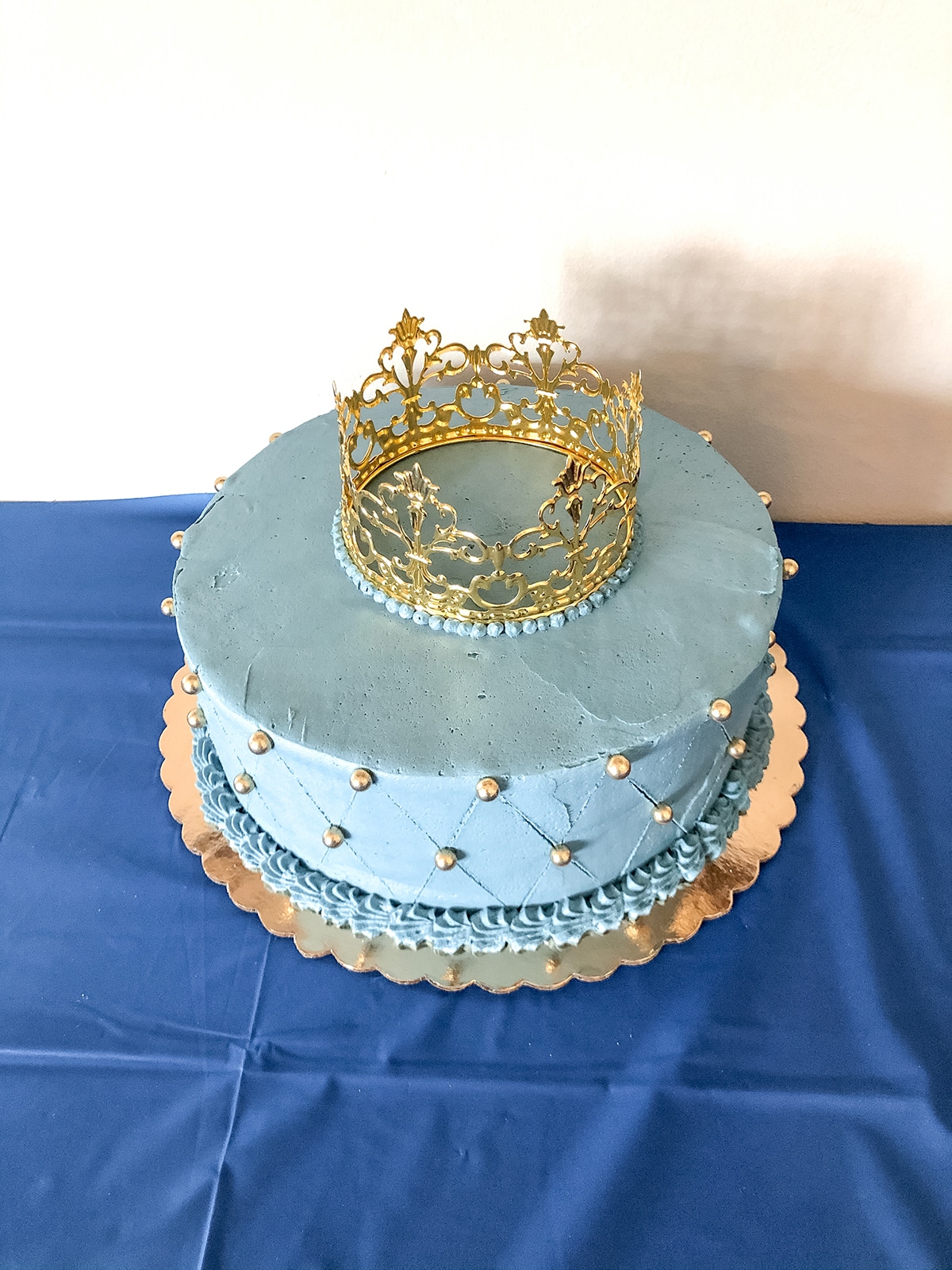 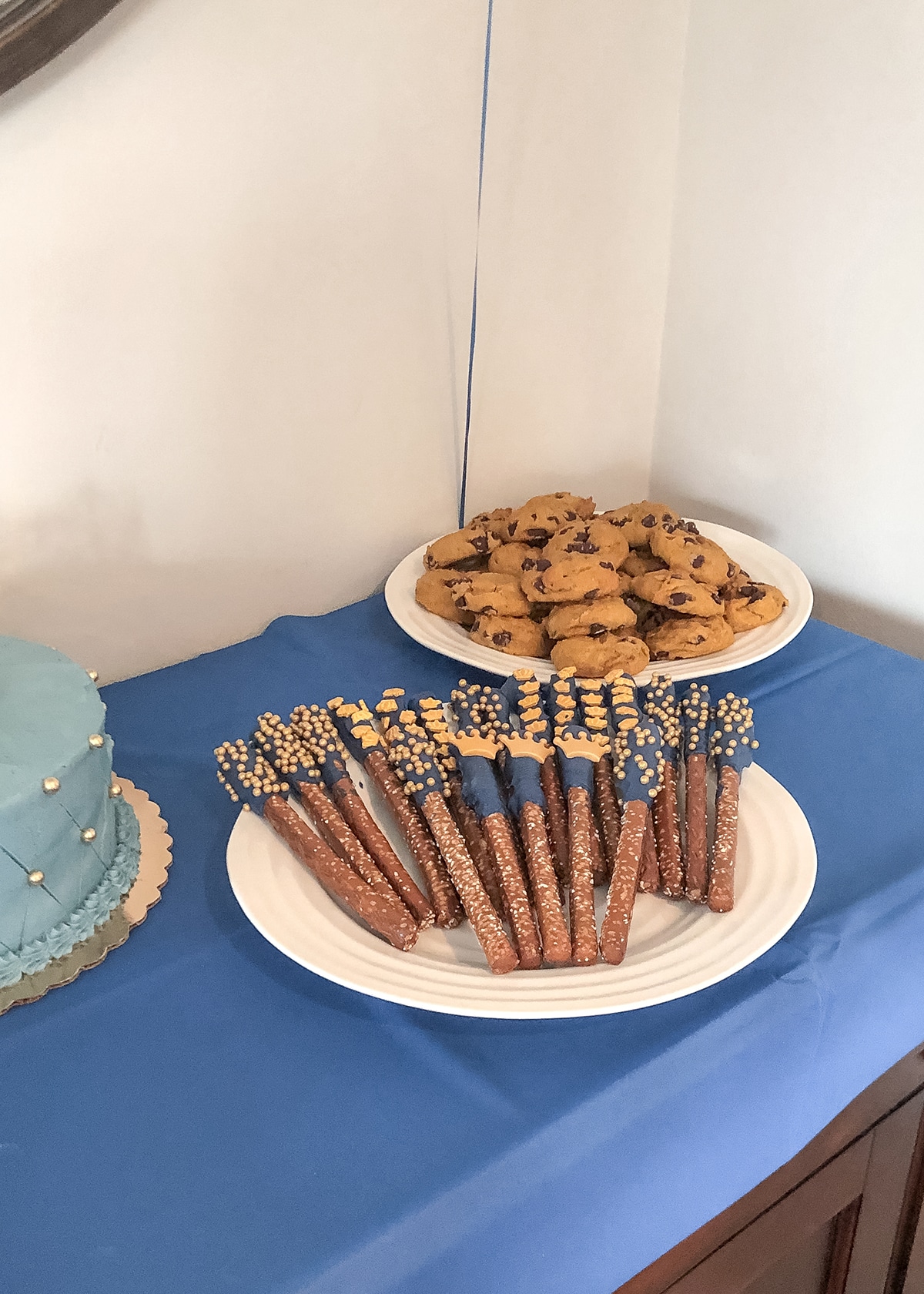 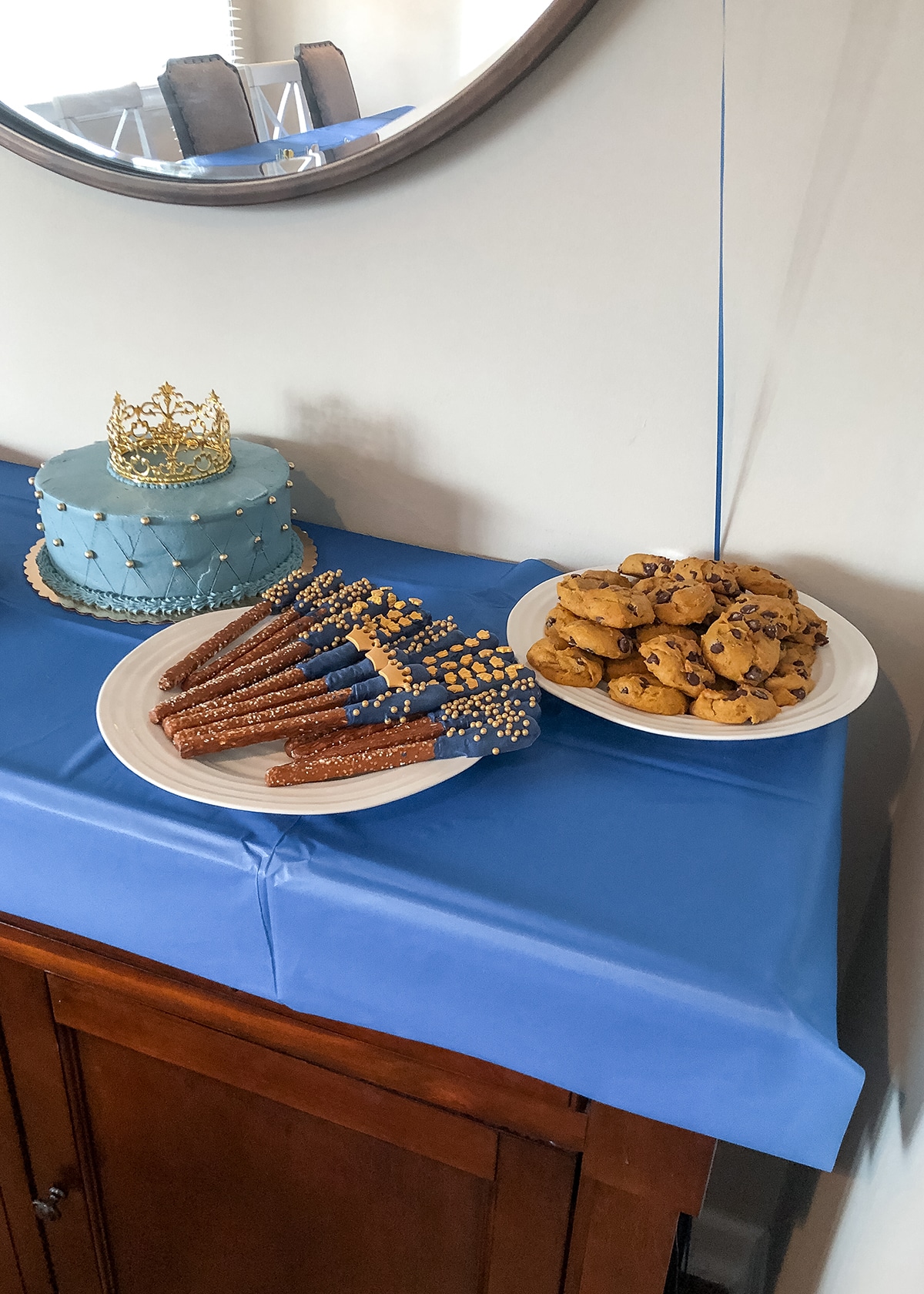 Once again, I had Liz of Project Pastry Marketplace make our cake. She’s a local baker who specializes in buttercream cakes (vs. fondant — which although I love, no one else in my family really does!), and always does a great job. You can see the cakes she made for Henry’s woodland themed first birthday. We got red velvet this year and it was delicious!

For other desserts, as part of the dessert bar, we had my Mom’s famous pumpkin chocolate chip cookies, chocolate-covered Oreos I made with crown/gold sprinkles, chocolate-dipped pretzels, and then my Father in Law bought the best Italian cookies from Lyndhurst Pastry Shop. We had the desserts double as favors by having take-home goody bags. Food is always a good favor, IMO.

You can easily DIY a lot of these desserts using items like candy melts and fun sprinkles. Yes, it took a few hours and my sink and countertops were blue for a few hours, but it was worth it. 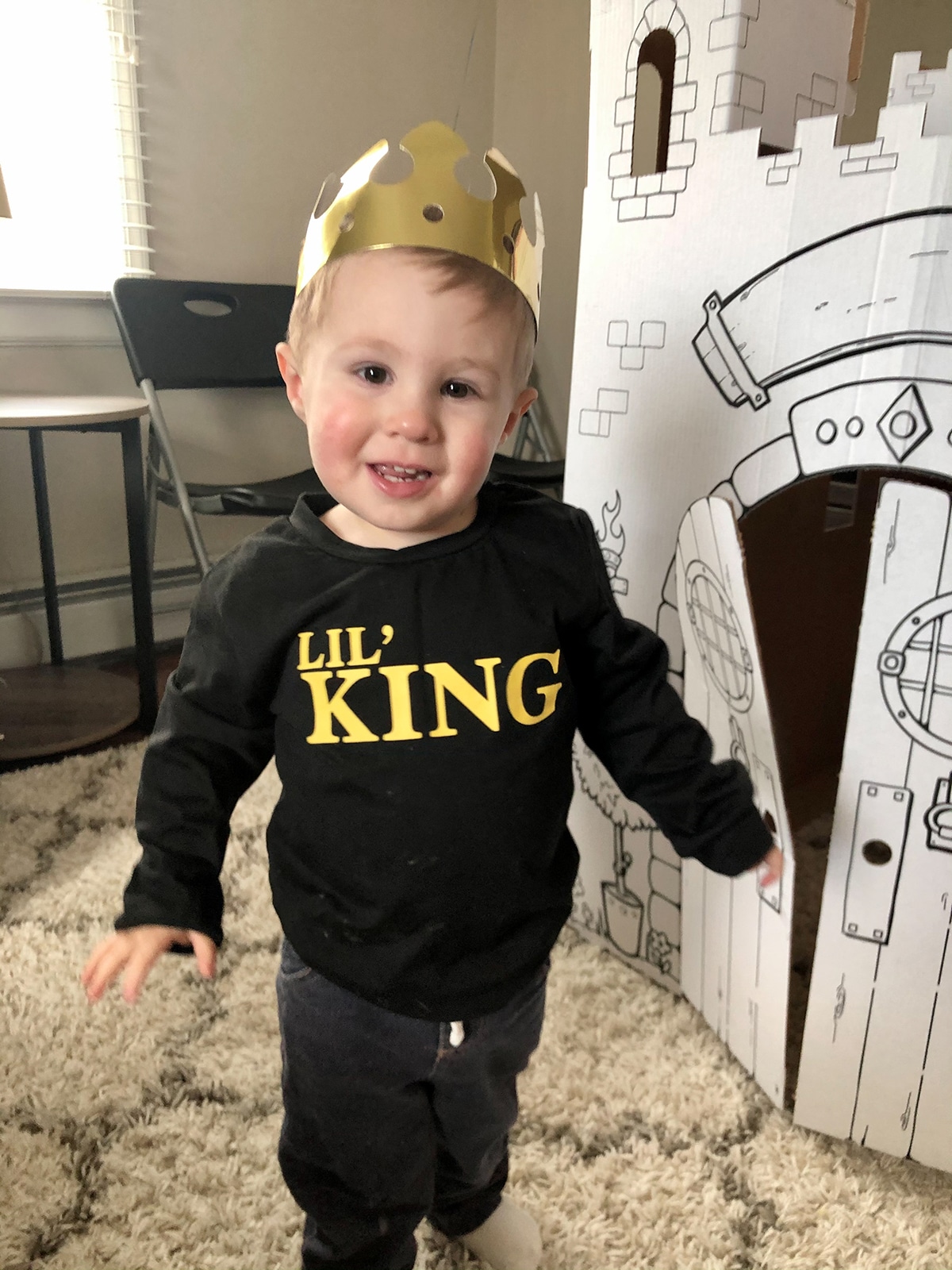 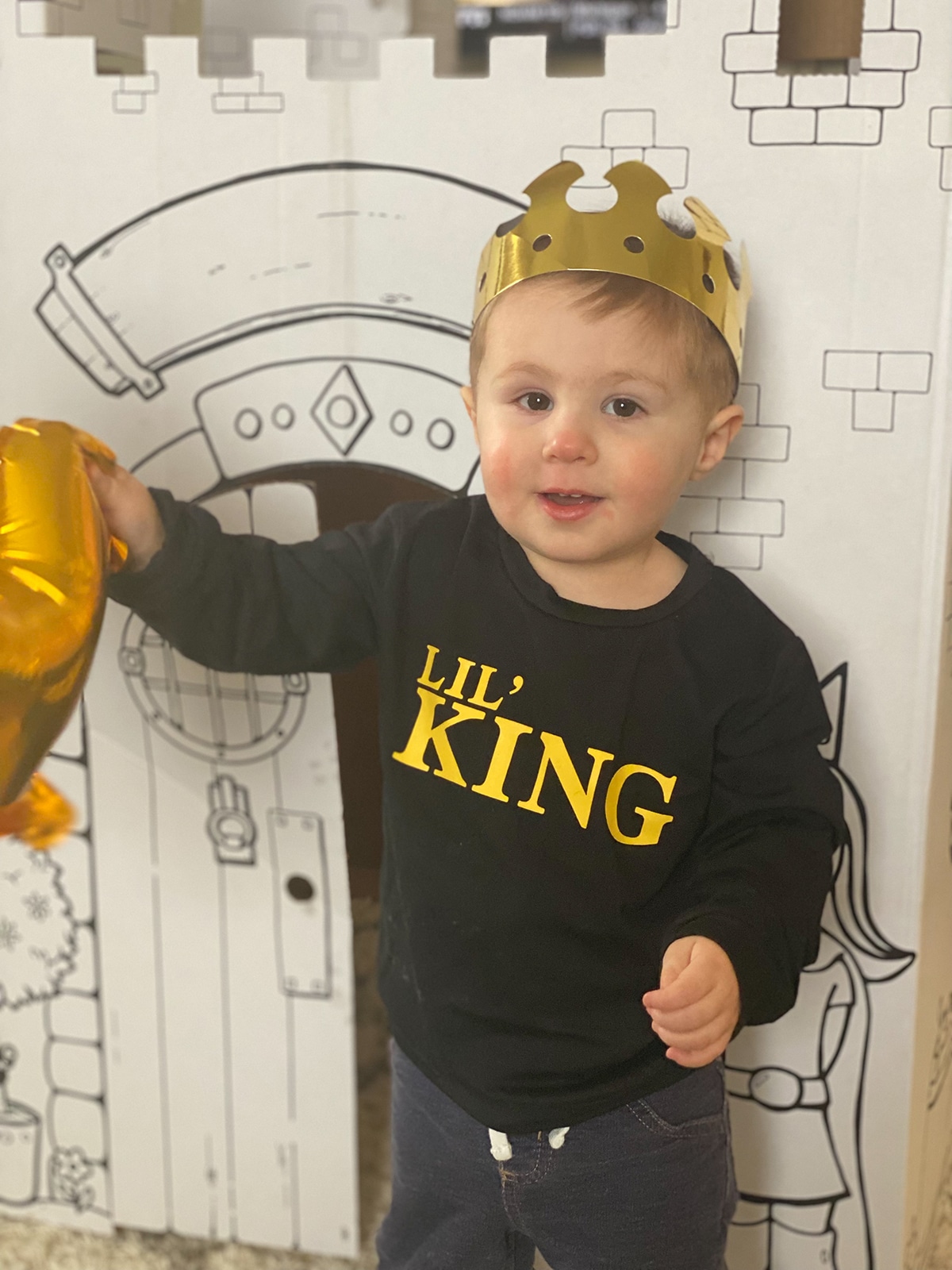 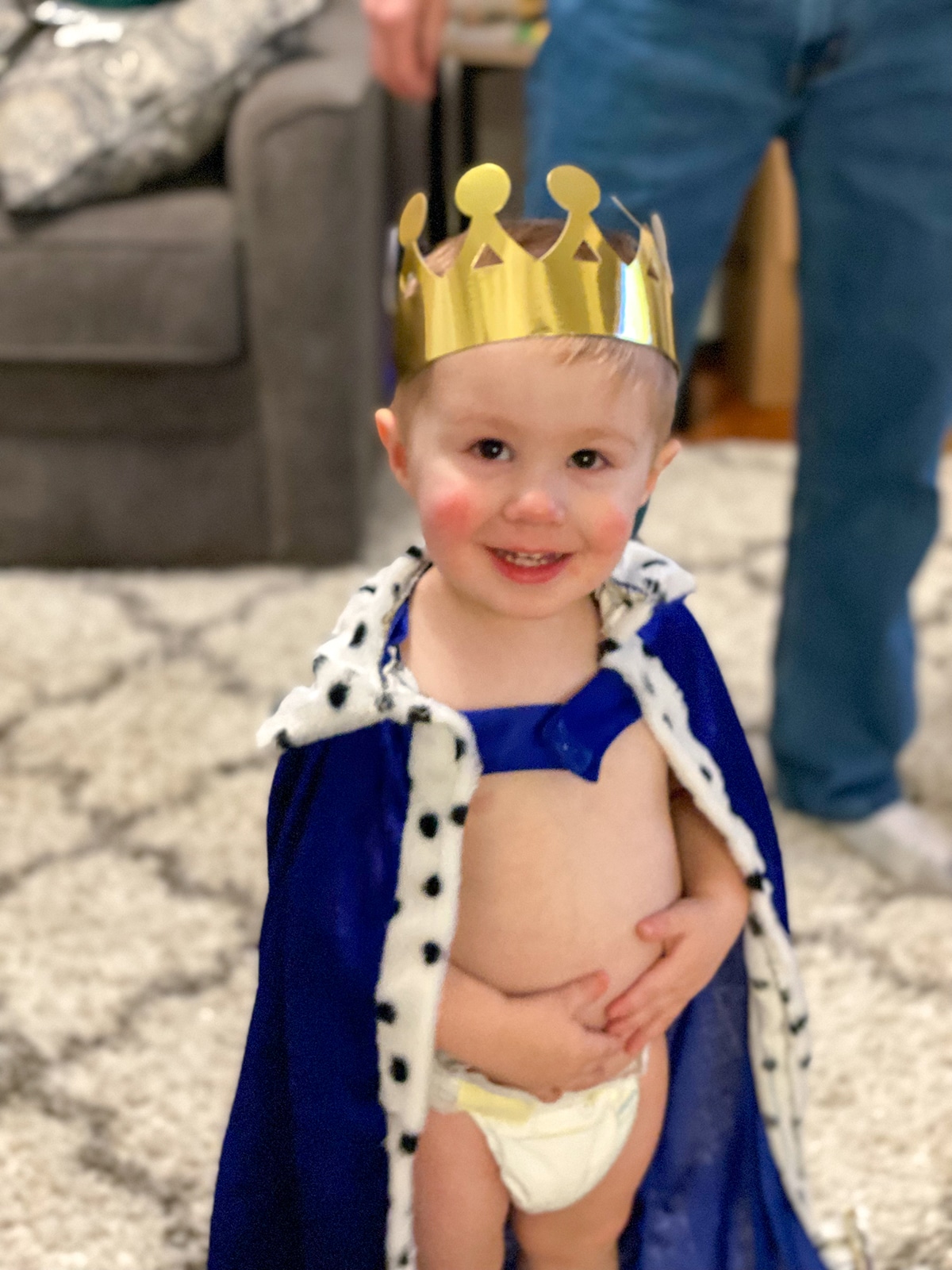 For his party outfit, we bought him this cute Lil King shirt. I had a hard time finding anything that was relevant to his age and the theme, so this one was the winner. Then, as the party went on, we were able to snap a few photos of him in his king robe and crown.

Here’s a list of everything I purchased for Henry’s king themed birthday party. Shop away! 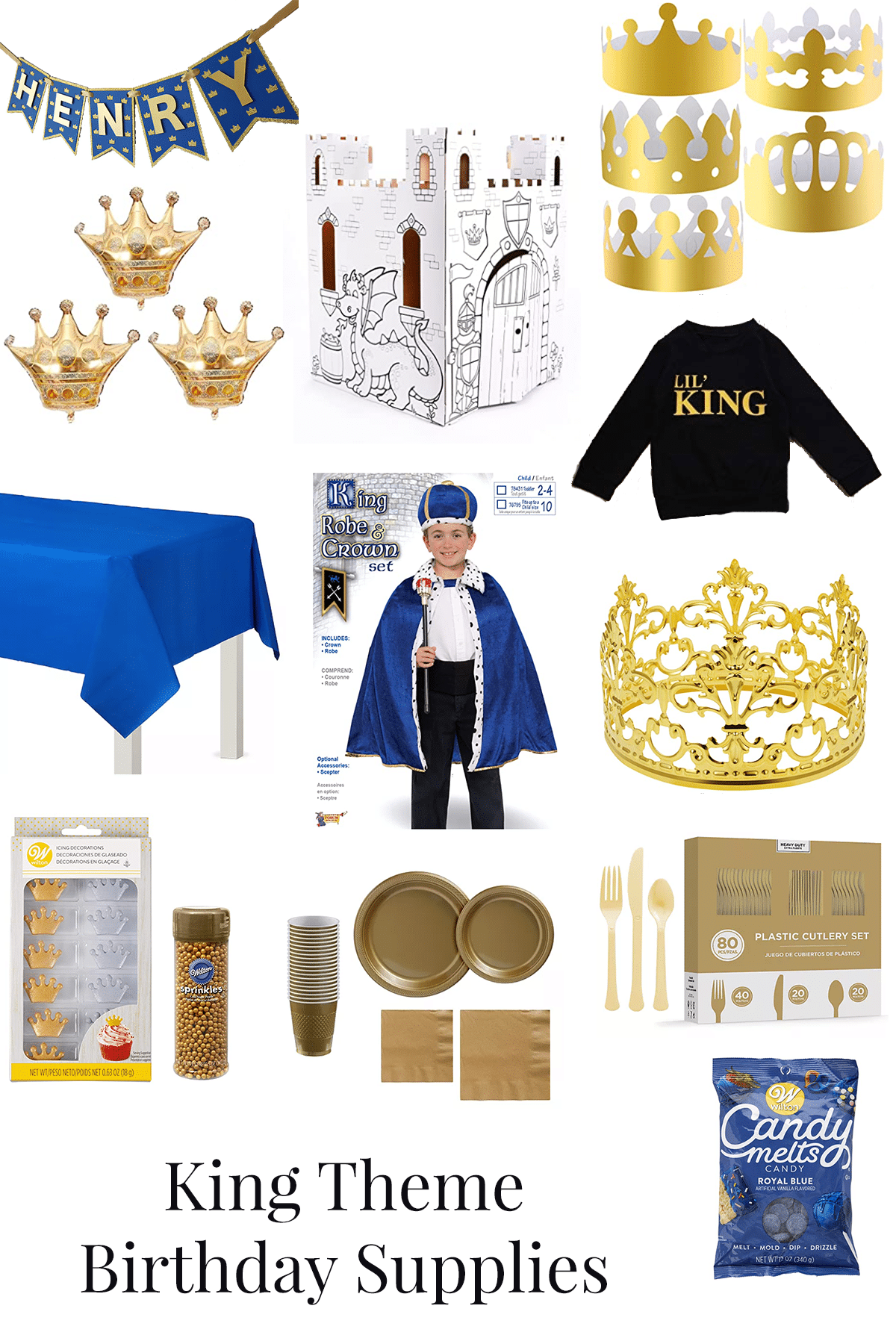 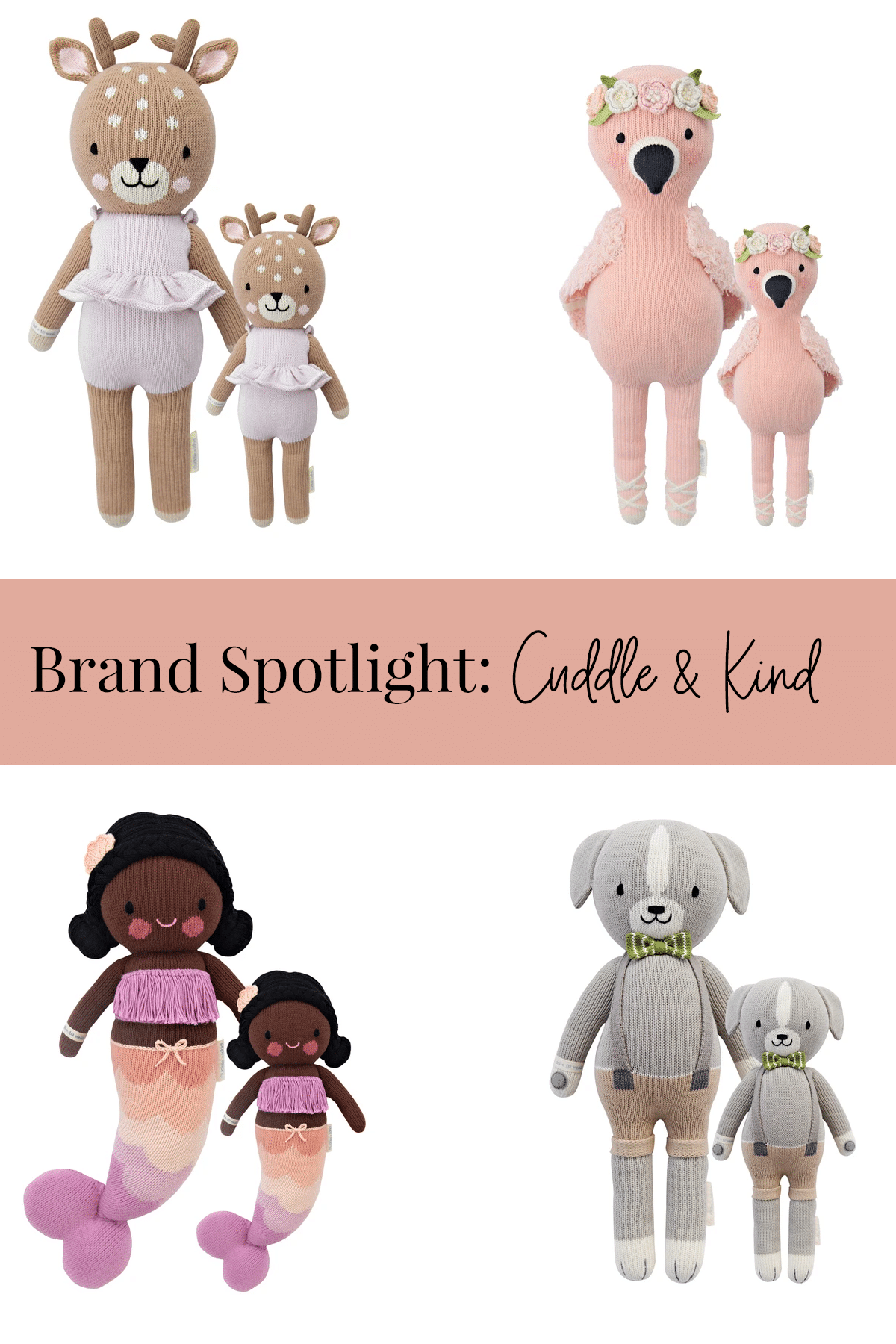 As soon as I had a child (and honestly probably even when I was pregnant), I was constantly targeted with ads for the same baby brands over and over. While sometimes this is annoying, other times it actually works and introduces me to a new brand I never would’ve seen otherwise. A few of the… 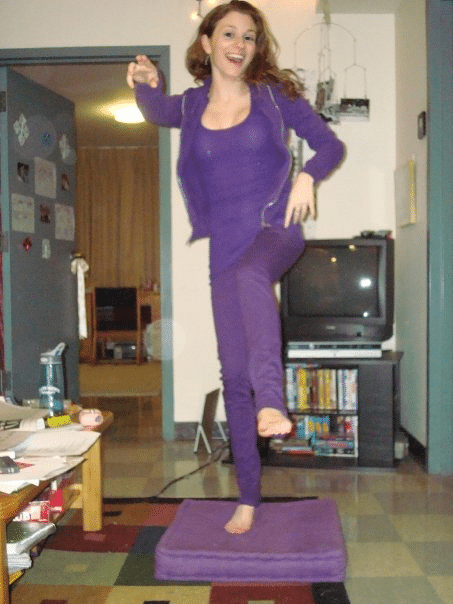 If there’s one thing that makes me laugh, smile or sometimes blow smoke out my ears, it’s hearing about the things people assume about me. I know those emotions range from good to bad, but it obviously depends on what they say. This usually happens when I meet someone for the first time. After a… 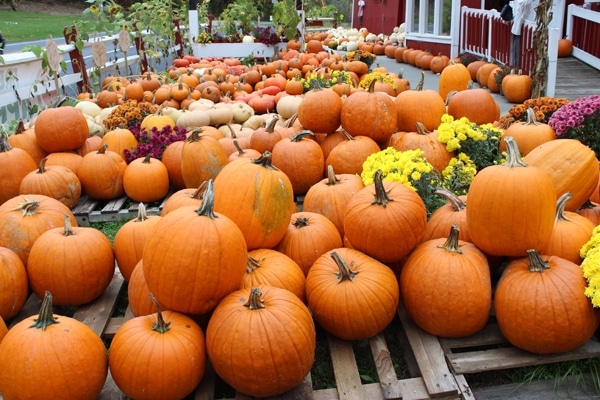 Every year, James and I enjoy doing fall things- both in Upstate NY when we go to visit my parents and here in New Jersey. Over the years, at these fall events we’ve pet baby goats and cows, ate our weight in apple cider donuts and fudge, and even got to hold baby bunnies (they… 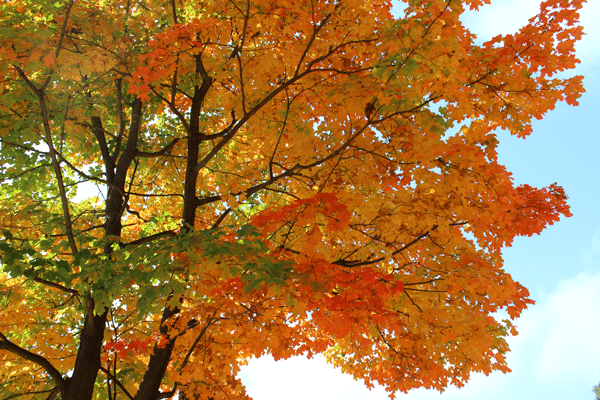 This past Saturday James and I had our token “fall weekend” that every couple/family/group of friends has annually. We usually go upstate to a farm near my house, but this year we decided to explore what was around us in New Jersey (yes- there are pretty trees and farms in NJ, believe it or not)…. 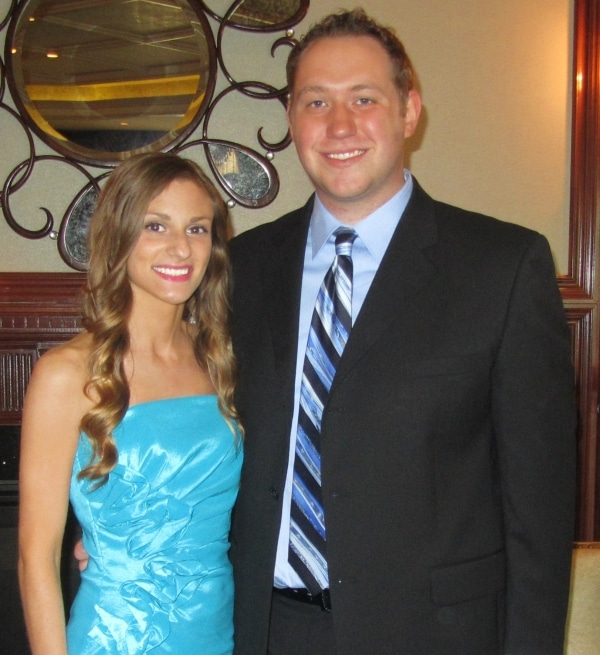 A few weeks ago I blogged about one of my friend Rachael’s April wedding (check that post out here if you missed it). Since I’ve only been to two weddings in my entire life, I was excited to raise that number to three this past weekend by attending my boyfriend’s cousin’s wedding in Brooklyn. The reception… 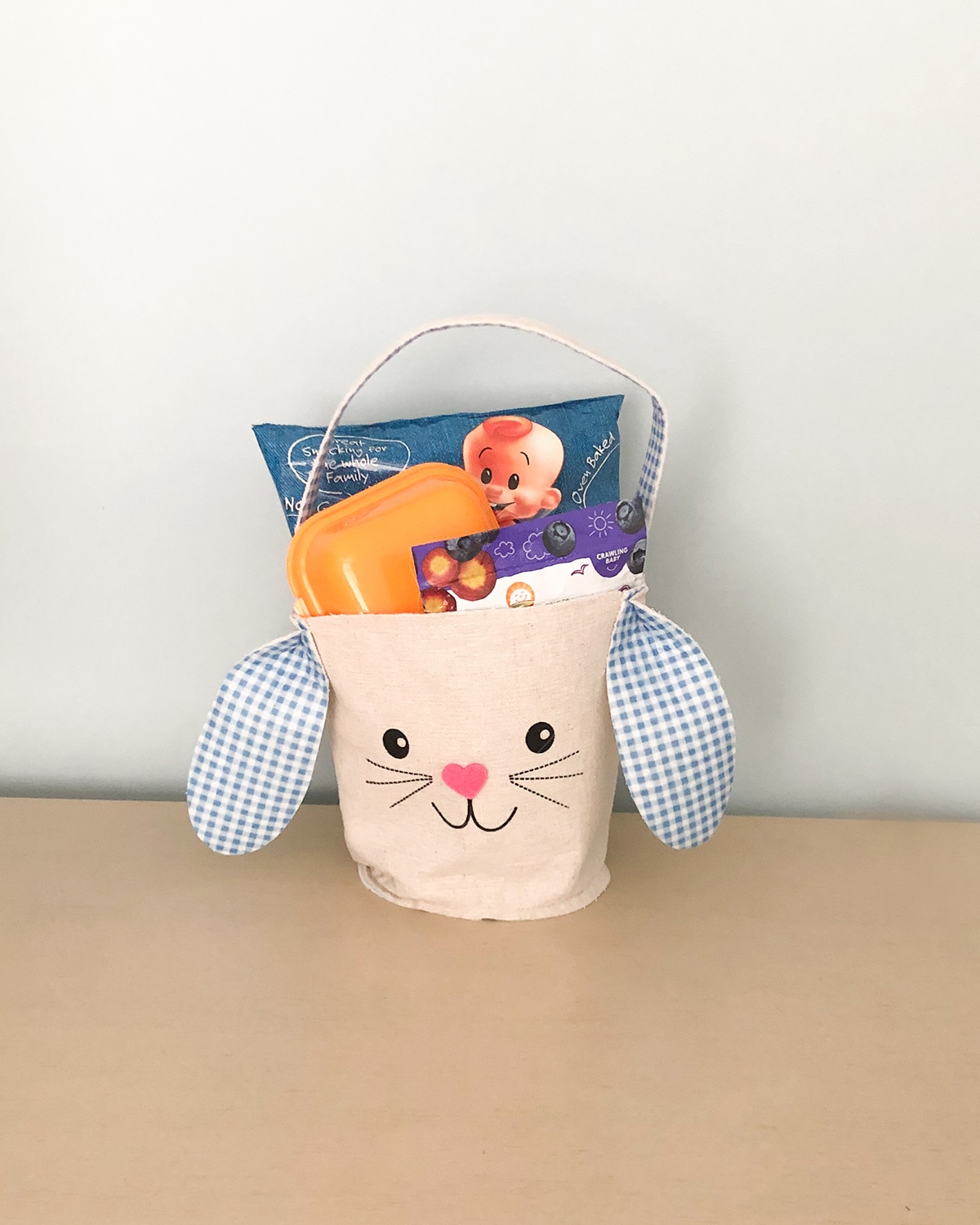 This is the first year I’m doing an Easter basket for Henry since he was only 2 months old last year (look at this photo to see how small he was). What was I going to put in his basket? Milk? A pacifier? And it’s not like he could even appreciate any of the items…